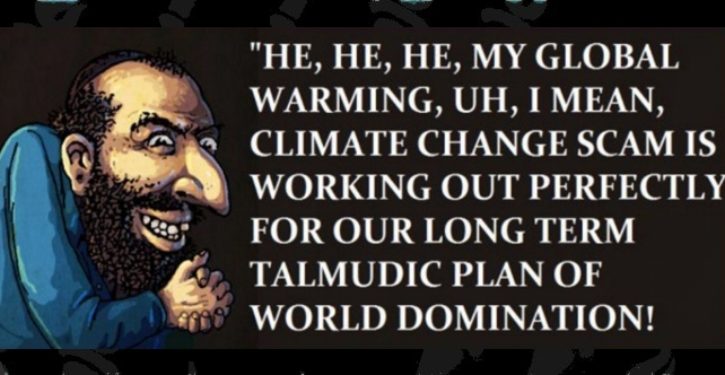 The tweet, which was captured by many Twitter users before it was removed, showed a stereotypical caricature of a Jew saying: “He, he, he, My global warming, uh, I mean, climate change scam is working out perfectly for our long term Talmudic plan of world domination!”

A senior producer for Al Jazeera Upfront  told the Washington Free Beacon that “the offensive image associated with the tweet” came from a tweet that was sent to the outlet back in November 2016.

It is unclear how the image ended up on a tweet that was sent on Wednesday.

“We are currently investigating how such an error took place and why it was tweeted with our Climate Change video,” wrote producer Dania Yousef in an email to the Washington Free Beacon.