Thousands of motorcyclists gathered in Washington, DC Sunday to ride together on Memorial Day weekend for the Rolling Thunder ‘Ride for Freedom’ event.

Organizers from the non-profit organization say approximately 900,000 bikers participated this year, parading through the streets of DC to honor military veterans, prisoners of war and those missing in action.

Rolling Thunder was started 30 years ago when Vietnam veterans Artie Muller and Ray Manzo started talking about their concerns about POWs and MIAs from the Vietnam War, according to the non-profit’s website.

The next year, during the 1988 Memorial Day weekend, they organized a gathering in Washington, DC that would begin with the ‘roar of their motorcycles, a sound not unlike the 1965 bombing campaign against North Vietnam dubbed Operation Rolling Thunder’, which is how the group got its name, according to the site.

Approximately 2,500 motorcyclists from across America participated in that first parade, calling on leaders to give ‘a full accounting of all POW/MIA’s’. That number has since increased to 900,000.

At the annual event, bikers rally at the Pentagon all morning Sunday, then cross the Arlington Memorial Bridge and cruise around the National Mall. 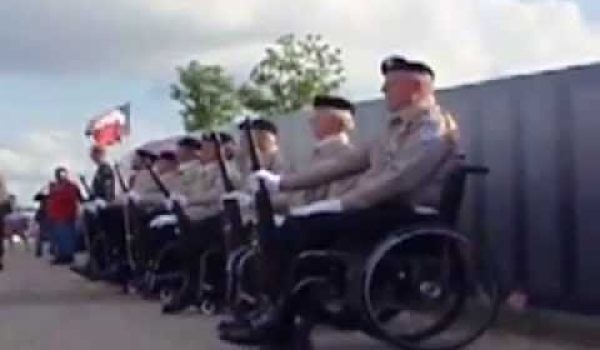