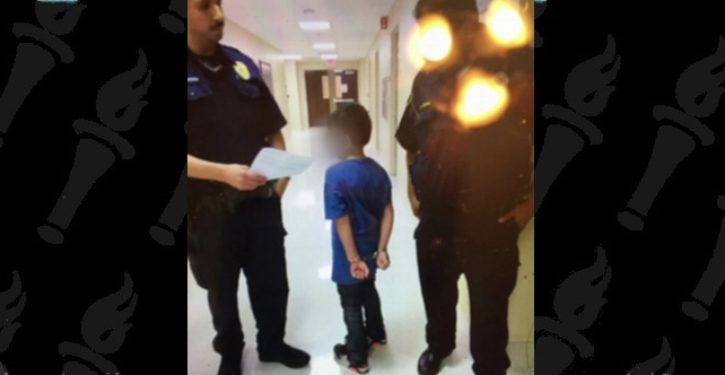 The family of a 7-year-old boy with special needs wants answers about why their child was handcuffed at school.

A photo of the child in handcuffs went viral. Dallas ISD responded that the restraints were used to prevent the child from hurting himself. But the family says that doesn’t explain everything.

The 7-year-old boy is once again in the custody of his family. His mother, grandmother and their attorney got the news of his release Monday afternoon.

The family says now comes the task of demanding answers about what happened on May 9 at Gabe B. Allen Charter School to warrant handcuff on their little boy.

The photo has circulated and drawn tons of attention on social media of the 7-year old student in handcuffs standing between two DISD police officers.

His mother says she was called to go pick up her son from his school last Tuesday. She says it had become a familiar routine as her son is a special needs student and often has episodes causing him to act out. But last week, she says administrators told her he’d been taken to a mental facility to prevent harm to himself and to others.