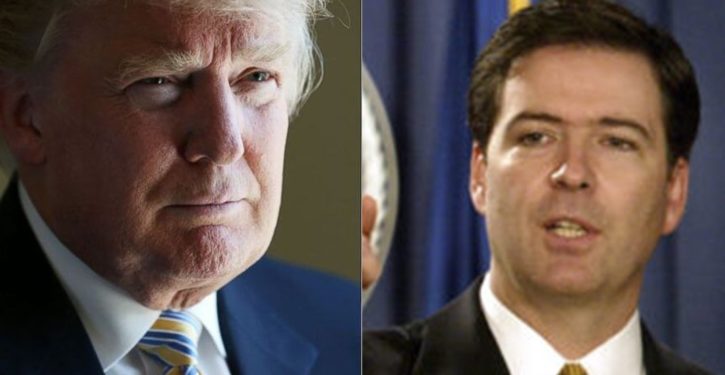 Donald Trump lobbed a veiled threat at the former FBI director on Friday, hinting that some of their conversations before his firing may have been recorded.

‘James Comey better hope that there are no “tapes” of our conversations before he starts leaking to the press!’ the president tweeted.

It’s unclear whether Trump was warning that the White House is recording his calls, or if he believes the FBI may have been recording Comey’s.

Trump said Thursday during an interview with NBC News that the two men have spoken at least three times since Inauguration Day.

And on those occasions, he insisted, Comey assured him that he was not personally the subject of any federal investigations.

‘He said it once at dinner and then he said it twice during phone calls,’ Trump said.

He described a matter-of-fact exchange over dinner in which he asked an unusual question and got an unconventional response.

Democratic ex-congresswoman who ripped off own her charity found guilty on fraud, tax evasion charges
Next Post
Adults in the room: CNN, Time report Trump got more ice cream than everybody else