CNN’s Jake Tapper acknowledged on social media the sorrow of a family who lost a father, and then had to face the vitriol of his less than sympathetic liberal followers. He criticized the “sickening” liberals that were “dancing on the grave of a conservative.”

“For family and friends of @bob_owens — so sorry for your loss. Horrible news,” he tweeted.

Bob Owens was the editor of Bearing Arms, a popular Second Amendment advocacy website. He was found dead in North Carolina Monday with a gunshot to the head and a weapon nearby. His last Facebook post read, “In the end, it turns out that I’m not strong. I’m a coward, and a selfish son of a bitch. I’m sorry,” leading some to believe that he took his own life.

Tapper’s tweet offering sympathy for the Owens’ family brought out the worst in some liberals, who mocked his tragic death.

“Jake, can you confirm the reports that Bob was wearing a diaper when he owned himself,” read one tweet from a contributor to Vice News.

Another responded, “Glad Bob Owens died at the hands of a mad man with a gun[.]”

Comey’s temporary replacement has strong ties to a Clinton ally
Next Post
Cartoon of the Day: You’re fired! 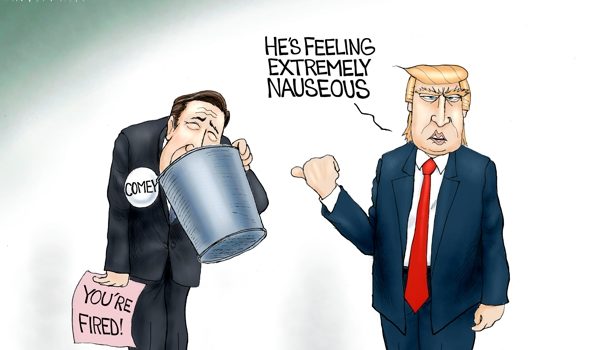