It’s not what Bret Stephens said. It’s where he said it.

That’s the chief takeaway from the press’ collective freak-out this weekend over conservative columnist Bret Stephens’ debut article at the New York Times.

Stephens, who came to the Times after nearly 20 years with the Wall Street Journal, suggested in an op-ed concerning the fierce political debate surrounding climate change that, “if there were less certitude about our climate future, more Americans would be interested in having a reasoned conversation about it.”

“[O]rdinary citizens also have a right to be skeptical of an overweening scientism. They know — as all environmentalists should — that history is littered with the human wreckage of scientific errors married to political power,” he added.

Despite that he was careful to note he doesn’t “deny climate change or the possible severity of its consequences,” the article left many reporters and pundits in a state of disbelief.

Cartoon of the Day: First 100 days
Next Post
Trump trolling the media, winning the narrative 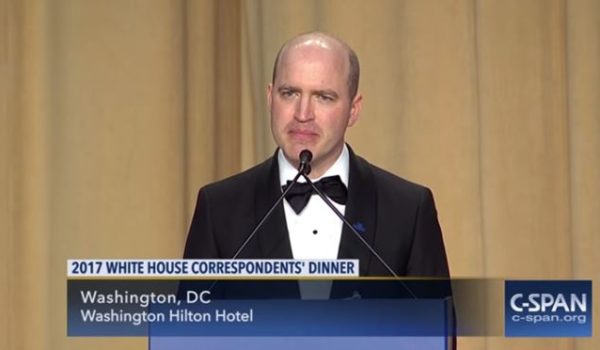