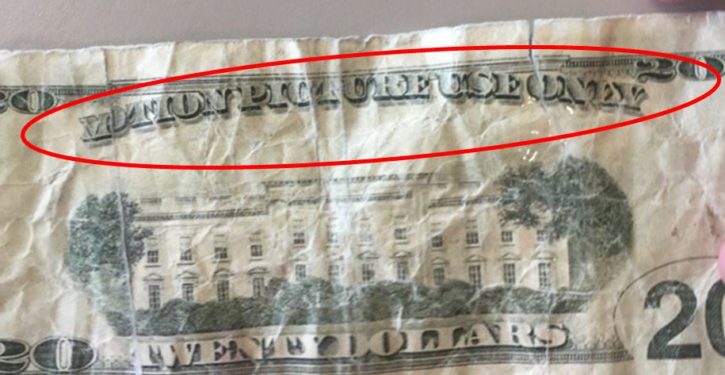 A Seattle woman said a Bank of America ATM in Wedgwood dispensed a fake $20 bill during a transaction Monday.

She said when she got her cash, she immediately noticed one tattered bill. After a further look, she said the bill was clearly prop money. President Andrew Jackson’s face was misshapen, and several areas clarify the bill is not for legal use and is for ‘Motion Picture Use Only.’

“It bewildered me that they could actually have that occur at a bank,” Fox said.

Fox brought the bill inside to report the incident to the bank manager immediately.

Bank of America confirms the incident and said they gave Fox a real $20 bill Tuesday in return. A spokesperson called it an isolated incident that they will report to local authorities and the Secret Service.

A spokesperson for the bank also told KOMO News there are safeguards to keep fake money out of ATMs, but for security reasons they would not go into detail.