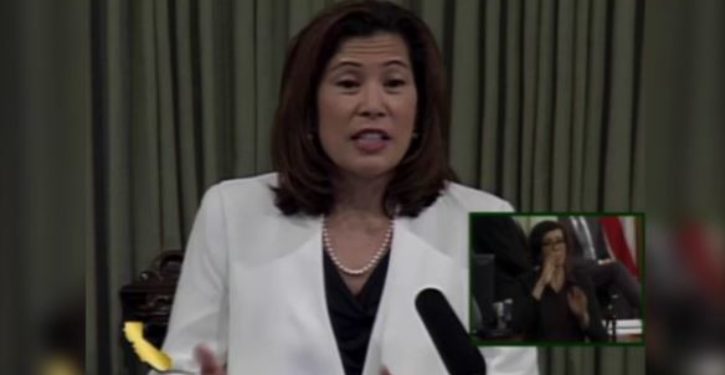 Since when is moving to another country against the law? And since when do we enforce the laws we have on the books? I thought I knew, but I’m not a judge like this lady is, so I guess I was wrong.

Tani Cantil-Sakauye, California’s chief justice, is fast emerging as one of the Trump administration’s most vocal critics in the judiciary…

Cantil-Sakauye used her annual State of the Judiciary address to argue that the rule of law was being “challenged” amid the administration’s immigration crackdown.

Without mentioning Trump by name, she told the state’s lawmakers that “the rule of law means that we as a people are governed by laws and rules, and not by a monarch.”

Got that? If you move to another country illegally, and that country tries to make you leave, that’s a challenge to the rule of law.

Flashback: When Chuck Schumer wanted an up or down vote regardless of who is in charge
Next Post
How North Korea could kill 90% of Americans