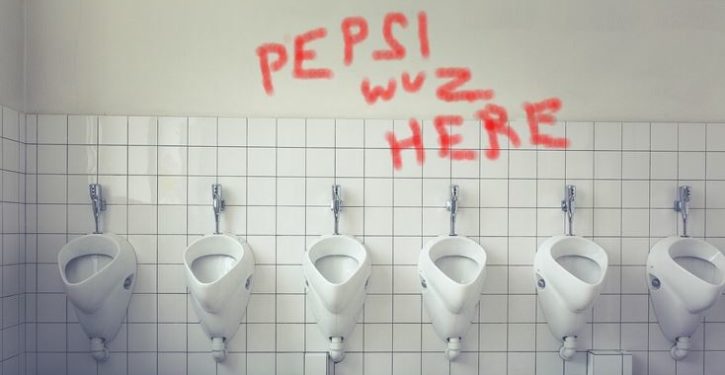 On the first anniversary of North Carolina’s HB2 law, the NCAA warned the state that it has until April 18 to revise or repeal its statute or face not hosting any NCAA events through 2022.

The controversial law preempts any municipality in the state from enacting intrusive, immoral, and unconstitutional private sector non-discrimination laws if they pertain to such fluid and socially constructed concepts as “sexual orientation” and “gender identity.” The bill does not prescribe who may use which bathroom, as has often been erroneously reported, except in state-owned facilities. In state buildings, the rule is pretty simple: Men use the men’s room and women use the women’s room. In private businesses the owner decides if he wants to allow confused people to use the restroom of the opposite sex. It also prohibits localities from forcing their citizens to be bondage servants in other people’s weddings which is already their right (though often violated) under the U.S. Constitution’s first and thirteenth amendments.

How this law can possibly be controversial is beyond me. But it is.

North Carolina has hung tough for a year, defying all manner of corporate bullying. Industry titans such as Apple and General Electric have declared their unwillingness to invest in North Carolina as long as the law remains in place. Paypal nixed plans to expand an operations center in the state. The NBA moved its 2017 All-Star Game from Charlotte to New Orleans.

Every effort has been made to force North Carolinians to cry “Uncle!” but to their credit they haven’t done it yet. Stay strong, Tarheels.

This kind of corporate bullying campaign might seem unusual to anyone who takes liberals at their word. Doesn’t the Left have an adversarial relationship with big business? No. That’s just what they tell people.

Liberal Democrats have been using anti-corporate rhetoric to make their appeal to voters for a long time. Their approach is probably a vestige of America’s industrial past when a clear political demarcation line separated labor from management. Working men were Democrats and their bosses were Republicans. Anything associated with the boss and his political party was tainted. The word “corporate” came to be used as a pejorative and largely retains that connotation in left-wing circles today.

But their rhetoric has not kept pace with reality. Today’s Left has cozied up to the moneyed interests they used to despise because those interests are now on board with their agenda. Last month, at the DNC’s 2017 Winter Meeting in Atlanta, party officials voted to accept corporate donations. Bob Mulholland, a California-based party advisor and spokesman of considerable clout, even justified the move by citing — you guessed it! — North Carolina’s HB2 law. Said Mulholland:

Because you’ve got principles, sir. Because money always comes with strings attached. Because corporations poison “our democracy” and drown out the people’s authentic voice. Or at least that was the case before big business started supporting your party and its positions. My how things have changed.

Senator [score]Bernie Sanders[/score] is a good example of someone who still likes to pretend to be the people’s champion doing battle with evil corporations. Disdain for big business was the cornerstone of his 2016 presidential campaign and it seemed to sell well enough within the Democratic rank and file to make him a real contender for the party’s nomination. This rape-fantasizing, Castro-lionizing former sojourner at a Stalinist kibbutz let it be known that America is not for sale — or at least it shouldn’t be. The positions page of his website proclaimed: “Returning to a government of, by, and for the people – not the billionaires and giant corporations – will not be easy.” On the campaign trail he hammered home a message so basic that no one in the audience could have failed to grasp it — namely, that he would banish corporations and their ill-gotten influence from the halls of governance.

But 2016 tested Sanders’s sincerity and it was found wanting. Besides being the year that he nearly upset Hillary Clinton for the Democratic nomination, it was also the year that North Carolina came under relentless assault from PepsiCo, Deutsche Bank, and Facebook among others. Sanders spent the first six months of 2016 on the campaign trail decrying corporate influence in politics but somehow failed to highlight the business community’s ostracizing of North Carolina as an example. He even issued a statement condemning the law but not the moneyed interests lined up against it.

What gives, Bernie? If North Carolinians want the law but huge out-of-state corporations do not, who should have their way?

This wasn’t just some agribusiness lobbyist taking legislators out to dinner in hopes of persuading them to vote for a farm bill, this was real arm-twisting. Ten million North Carolinians, some of whom supported the law and some of whom didn’t, were being forced to pay a stiff penalty that often included the loss of their livelihoods, all because their duly enacted laws didn’t stack up to Deutsche Bank’s (et al’s) “values.”

Sanders proved that he doesn’t really care about the corporate hijacking of our political process as long as the corporations’ agendas coincide with his own — which happens to be the case more often than he would like to admit. This was just the most recent instance in which Sanders remained quiet while big business thrashed a state government into compliance. He could have spoken out against similar corporate pressure tactics when they were brought to bear on Arkansas and Indiana for daring to consider much needed religious freedom laws — but he didn’t. He could have stepped up to defend Arizona when it came under corporate attack for its attempt to regain control of the illegal immigration crisis or when the NFL yanked the Super Bowl for not celebrating Martin Luther King’s birthday as a state holiday — but he didn’t.

Over and over again, big business has employed an effective offensive strategy that involves isolating and punishing states as a warning to other states. If liberals were sincerely opposed to corporate hegemony, they would be willing to unite with their opponents behind a defensive strategy that would effectively counter corporate shaming. That strategy is called solidarity. It would mean states rallying to each other’s defense, something like the NATO mutual defense treaty — an attack on one is an attack on all. If North Carolina is shunned for its bathroom privacy law, other states should pass similar laws so that the first state can’t be so easily singled out for abuse.

The NBA is a good example. If it wants to pull its All Star Game from Charlotte, that’s fine — but they shouldn’t be allowed to just move it to New Orleans. Louisiana should show some solidarity with North Carolina and adopt similar legislation. Every state should follow suit until the NBA is left hosting their All Star Game in Guam.

That may be asking too much of liberals, of course. I wouldn’t vote for a policy I didn’t like just to demonstrate solidarity either. But if liberals can’t support bathroom privacy laws surely they could take lesser measures to demonstrate a united front against corporate interference. They could, for example, support legislative resolutions expressing official unwelcome toward the NBA and its events. They could picket basketball games with signs reading “Our democracy is not for sale” or some other corny, anti-corporate slogan. They would not have to condemn the NBA for its stance on the issue per se but rather for its meddling in state politics. On a personal level, liberals could simply boycott the companies that boycott our states. They should be willing to stop drinking Pepsi (for example) in order to send a message to its CEO Indra Nooyi to keep her nose out of “our democracy.” Again, none of these measures would be in support of the actual bathroom privacy law but rather in support of the principle that the people are sovereign. Liberals could get behind that, couldn’t they?

Probably not. Liberals don’t really want big business to stand on the sidelines. What they want is for companies to bring their considerable influence to the political process on their side. If they can’t do that, they should just shut up. 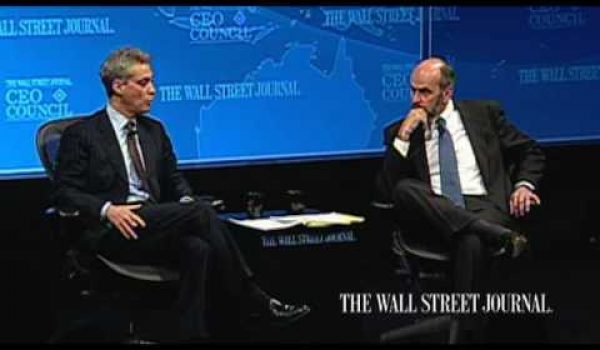 How the Left turns the unthinkable into the uncontroversial
Next Post
Video: Prager U asks why isn’t there a Palestinian state? 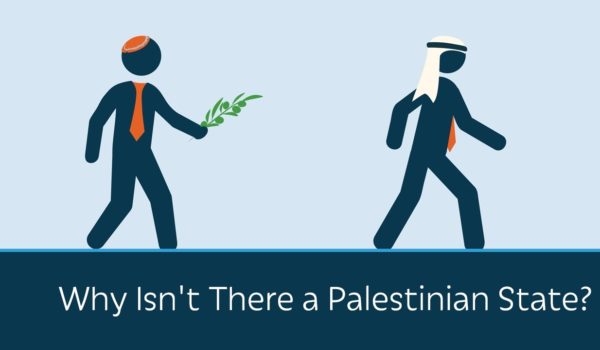