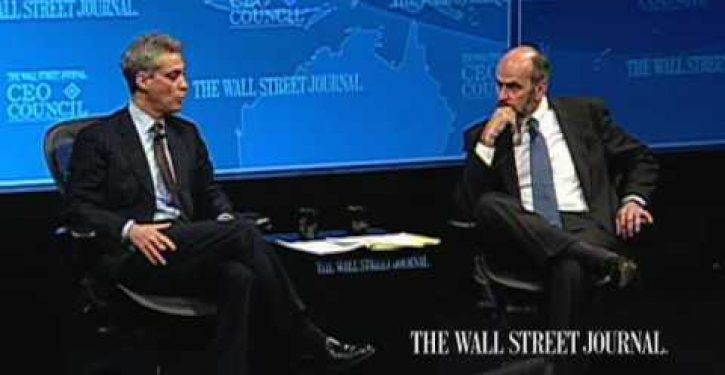 Senate Minority Leader [score]Chuck Schumer[/score] is prepared to go to the mat to prevent the construction of a wall on our southern border. The senator from New York is threatening to use all available options, including a government shut-down, to forestall three key provisions in the new budget: a deportation force, a border wall, and the defunding of Planned Parenthood.

Well, it’s good to know where Schumer draws his line in the sand. Anything that impedes the endless flow of undocumented Democrats he considers to be an act of war.

But I’m old enough to remember when Chuck Schumer supported at least one of these budget items. In 2006, he and 25 other Democratic senators voted for the Secure Fence Act, which would have built a double-layered fence on the U.S.-Mexico border. The bill passed, by the way, and President Bush signed it into law. It wasn’t a close vote because it wasn’t particularly controversial.

Now I’m sure that a persnickety liberal like Chuck Schumer would split hairs on this one. He voted for a fence, not a wall! That argument is a non-starter. Walls and fences are both barriers intended to keep people out, so let’s not pretend that the difference between then and now is the type of barrier. What’s changed is that Chuck Schumer now supports endless and unlimited immigration with no distinction made between those who enter the country legally and those who don’t. He has likely learned that his party’s best interests are best served by diluting the voice of their actual constituents.

There is perhaps no better example than Chuck Schumer of how much this country has changed since the Bush years. Positions once held by a proud New York liberal are now considered reactionary. What happened? In short, the Overton Window has moved quickly and decisively leftward.

The Overton Window? What’s that?

Glad you asked. I’m not talking about Glenn Beck’s boring novel but rather about its namesake: the handy mental model formulated by political scientist Joseph P. Overton. His window represents the breadth of ideas that the public considers acceptable discourse superimposed over a spectrum ranging from far Left to far Right. At both ends of the spectrum lurk ideas that are literally “unthinkable.” As we inch closer to the Overton Window we find ideas that are merely “radical.” The first category contained within the Overton Window is “acceptable,” followed by “sensible,” then “popular,” and finally “policy.”

The goal of most progressive strategists has been to move that window so that previously unthinkable ideas become conceivable and eventually uncontroversial. People who don’t adopt the newly mainstreamed idea quickly enough are usually shamed into silence. If they refuse to keep quiet, they are shunned by polite society and often lose their livelihoods because their old ideas have been pushed into “radical” and “unthinkable” territory.

This is perhaps one reason the Left so despises the slippery slope argument — except when they employ it against their adversaries, of course. They want people to concentrate only on the issue as they narrowly define it without considering the principles at stake or the long-term ramifications. Who could have imagined, for example, that a little sensitivity toward racial issues would eventually lead to the stifling environment we find on college campuses today, in which it’s now considered a microaggression to say something as harmless as “I just believe the most qualified person should get the job”? That’s against the rules at the University of California, the largest university system in the country and a state school with an obligation to protects students’ free speech. Certainly no one foresaw this in the 1960s. We just thought we were telling racists — genuine racists — to shut up. What’s the next forbidden phrase? The Left doesn’t want you to ask. If people knew where this crazy train is going they’d demand to be let off.

But we should ask. What radical ideas will the Left be pushing in ten years? What unthinkable ideas will they champion in twenty? You can bet that they won’t admit to any of them now because the time isn’t right. That’s how this game is played.

For another example of the sliding Overton Window, consider Barack Obama and Bernie Sanders, both Democrats who sought the presidential nomination of their party, one successfully and the other unsuccessfully. When conservatives called Obama a socialist throughout his presidency, the Left balked. “Don’t be ridiculous!” they said. “He’s no socialist.” This protégé of the radical anti-American CPUSA member Frank Marshall Davis, who openly bragged of hanging out with the Marxist professors on his college campus, who praised a Soviet-backed communist terrorist like Nelson Mandela, was absolutely the furthest thing from a socialist a person could possibly be—or so we were told.

But then along came Bernie Sanders who didn’t even bother to hide his socialism. Of course, he made the highly dubious claim that he preferred the Danish variety of socialism to the Latin American brand he championed earlier in his political career. But at least he was honest enough to use the “S” word. And suddenly there really was nothing wrong with being a socialist. Who knew that after eight years of fervently denying Obama’s socialism — as if it were a bad thing — that the party’s next rising star would be a self-described socialist?

Sanders might even have won the nomination of the Democratic Party if Hillary Clinton hadn’t stacked the deck against him. His loss can be attributed to a number of factors, but an aversion to socialism among Democratic voters isn’t one of them. Six in ten Democratic primary voters think socialism “has a positive impact” on society. That’s because the Democratic Party is really just America’s socialist party by another name.

The Left has been particularly successful in radically shifting the frame of acceptable discourse for three reasons. First, they have the media on their side to give them top cover. Second, they are masters of emotion-laden propaganda. And third, they recognize golden opportunities when they see them.

When Barack Obama came to power, he recognized that an unpopular war and an economic collapse had left the American people stumbling and woozy. It was an opportune moment to remake society. “You never let a serious crisis go to waste,” said Obama’s Chief of Staff Rahm Emanuel. “And what I mean by that is it’s an opportunity to do things you think you could not do before.”

Emanuel’s maxim has been the Left’s unarticulated strategy for a long time. They recognize that in times of national tumult the electorate often grants to progressives plenty of latitude to enact their policy wish lists. Obama benefited from one of these moments when he entered the White House in 2009 with a cooperative Democratic Congress to work with. The road was wide open and Obama went pedal to the metal into territory that most Americans would have considered too far afield just a few years before.

Few presidents have changed the nation as fundamentally as Barack Obama — and not in a good way. Within his first two years he had made the ideas of Saul Alinsky look all-American. I would argue that only Franklin Roosevelt spearheaded a more complete American transformation, and he had twelve years to do it. Now there was a man who knew how to move the Overton Window. FDR’s New Deal was considered radical when he proposed it and would have been unthinkable a generation before.

But there was still work to be done. Thirty years later, President Lyndon Johnson exploited America’s national grief over the Kennedy assassination to push through the atrocious Great Society agenda. President Carter pushed the window further to the left in those disorienting days after Watergate and the Vietnam War.

We conservatives never really push it the other way, often because we’re afraid we’ll be accused of “turning back the clock.” We need to get over our fear of moving the Overton Window in the other direction for a change. With both houses of Congress and the White House now in Republican hands, there is no excuse not to reverse most of the horrid policies of the Obama years. While they’re at it, they ought to reverse the policies of the Carter, Johnson, and Roosevelt years, too. 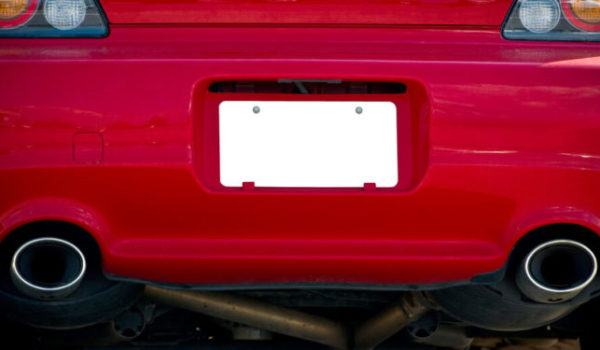 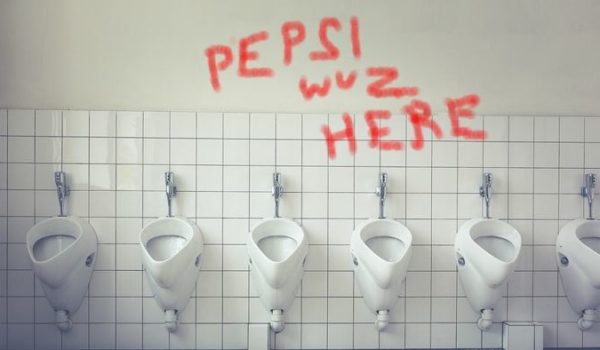