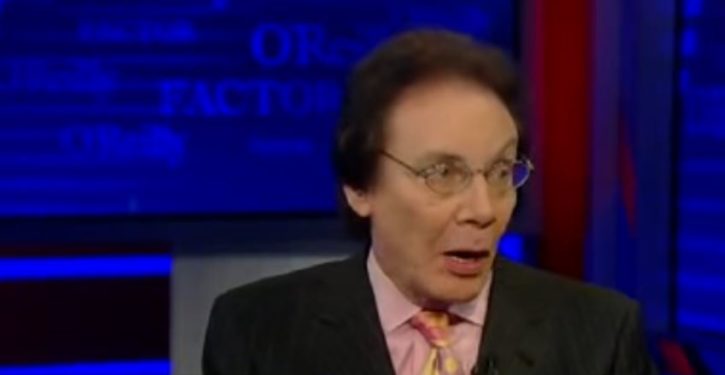 [Ed. – Would be a fitting obit for Slate when it finally (blessedly) ceases to exist.]

Colmes passed away on Thursday at the age of 66 after a battle with an illness. Colmes started his career as a radio host but is best known for his time on the Fox News program “Hannity & Colmes.” The political debate program launched in 1996 and lasted over a decade until 2009.

Colmes was often the outspoken liberal on the news channel, butting heads with conservatives like his long-time friend Sean Hannity.

The article attacked Colmes for being the “nice liberal” on Fox News.

Colmes was the most absurd, useless, and mocked television personality in America for many years, precisely because he was nice. In the context of Fox News, being a nice guy—and a “liberal” nice guy at that—meant being a buffoon, and a patsy. Colmes not only played the part to perfection—he defined it.

‘Keep fighting, I will be with you every step of the way,’ says Hillary Clinton in pep talk to dissenters
Next Post
College rescinds suspension of student who recorded professor’s anti-trump rant