[Ed. – And what a surprise: they were Muslims.  No telling if Wilders was targeted by these assignments, or if everyone with a security detail in the Netherlands is similarly at risk.]

Today, more news was unveiled about the Moroccan-Dutch officer involved in the leak. The suspended officer, referred to as Faris K. for privacy reasons, was indicted in 2005 for leaking information and appeared before a police judge. He was convicted of violating the official secrets and his punishment was community service, which was suspended.

Not only was K. not fired, he was allowed to continue his career as a police officer. Employees of the Service Safety and Security (DBB) are subjected to vetting, and it is unclear how he could have been allowed to serve in view of his criminal record. Especially in view of the fact that Faris K.’s brother, Mohammed K. was also fired from the police, in 2007, for violating the official secrets act. He was paid for leaking information regarding the murder of one Abdel Edoujaji.

Besides this affair, Wilders was told today, that two DBB officers, one of whom was directly charged with guarding him, were removed from his protection team in 2015 for involvement in criminal activities. The Minister of Justice, Stef Blok, declined to state exactly what the two officers, the brothers, Omar El M. and Anouar El M., were suspected of doing.

In response to this news, Wilders has decided it is impossible to continue his campaign.

BREAKING: New DNC chair is…
Next Post
No joy in Mudville: Keith Ellison will NOT be the next DNC chairman 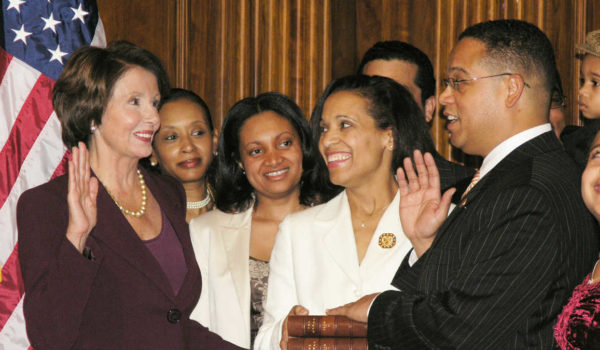