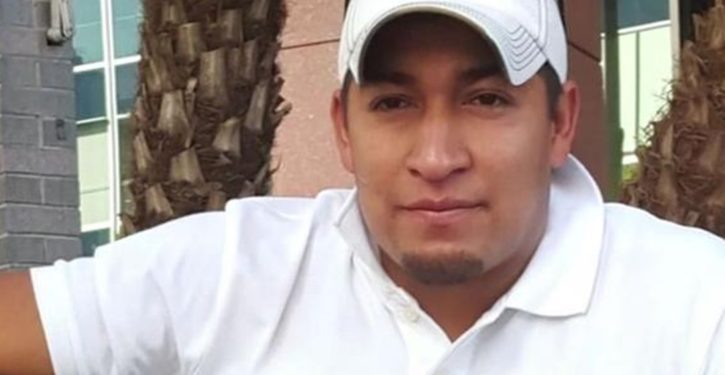 [Ed. – You’ve just got to really love this.  Why not, right?  And if the guy’s case actually goes anywhere, and he recovers damages, who better to fork over than the city-county Virtue Juggernaut of San Francisco?]

An undocumented immigrant from El Salvador is suing San Francisco alleging police violated the city’s sanctuary city policy by turning him over to U.S. immigration authorities after he reported his car stolen.

The lawsuit was filed on Tuesday on behalf of Pedro Figueroa Zarceno, 32, in federal court in San Francisco against the city and its police chief for violating his right to due process and breaking an ordinance barring municipal employees from cooperating with federal immigration authorities seeking to deport a person.

Figueroa walked into a police station in November 2015 to report his car stolen, according to the lawsuit. Two days later, the car was found and when he went to recover it, he was handcuffed and led outside where federal immigration agents were waiting for him, the lawsuit said.