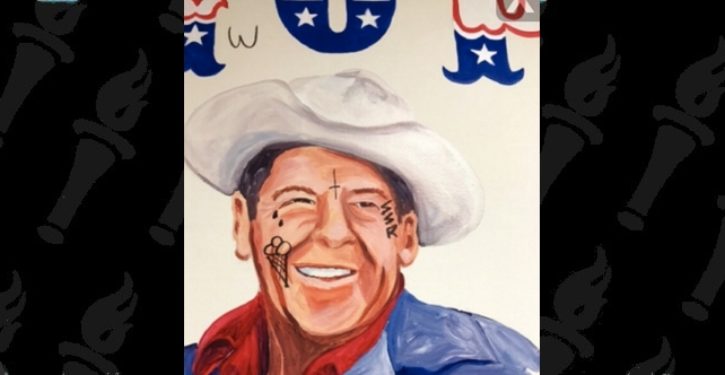 Police in North Carolina say someone broke into a local Republican Party office and defaced a wall mural of former President Ronald Reagan.

A Goldsboro police report says the break-in was discovered Thursday.

Police say a door was kicked in at the building housing the Wayne County GOP.

The report says nothing appears to have been stolen, but the vandalism caused hundreds of dollars in damage.

The Goldsboro News-Argus first reported the vandalism that includes obscenities and symbols drawn on the painting of Reagan’s face (http://bit.ly/2hCduUv ). It appears a pen or marker was used.