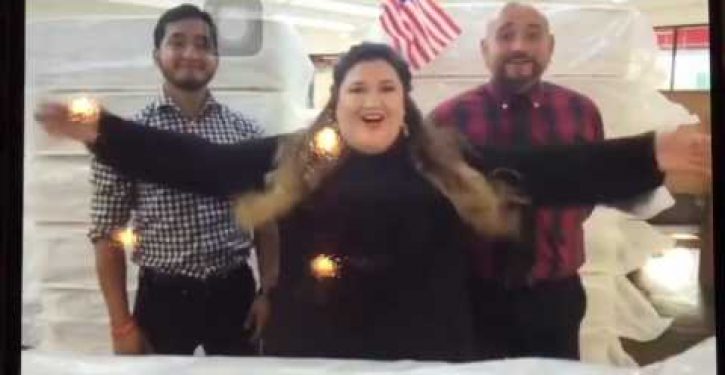 A mattress store in Texas shuttered its doors indefinitely on Friday, after releasing an advertisement that appeared to parody the Sept. 11 terror attacks, and sparked outrage nationwide.

San Antonio-based Miracle Mattress’ “Twin Tower Sale” ad was quickly removed after furious viewers responded to it—but not before it went viral. It featured three store workers, two of whom collapse into two towers of mattresses. Afterward, one of the workers faced the camera and joked, “we’ll never forget.”

The ad was ripped as being in poor taste, and furious social media users buried Miracle Mattress’ Facebook page in negative comments. In a statement, the company blasted the ad as tasteless, adding it would shutter its doors indefinitely.

“We take full responsibility for our actions and sincerely regret the hurt and pain caused by this disrespectful advertising campaign,” Mike Bonanno, owner of the San Antonio-based Miracle Mattress, said in a statement.

Prisoners strike against forced labor
Next Post
‘I miss my friends a lot’: Retired NYC firefighter reflects on 9/11