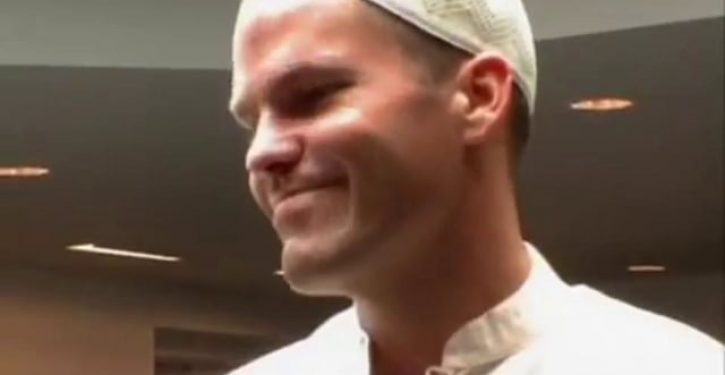 Does it matter what our kids learn about Islam in public schools? Jenny McKeigue of Olmsted Falls, Ohio thinks so. This small-town mother has battled her local school board for about four years to get them to remove parts of the curriculum that seem to promote Islam.

In 2012, McKeigue learned that her son had been shown a video in his seventh-grade social studies class that she considered to be blatant Muslim propaganda. The video, an episode of the discontinued “30 Days” reality TV series, featured a “regular American” (the host’s terminology, not mine) spending thirty days immersing himself in the culture and faith of America’s most Muslim city — Dearborn, Mich. The regular American’s name is Dave Stacy and according to the host he’s “a husband and father, a practicing Christian, and a red-blooded, beer-drinking, pork-eating American.” He also hails from (surprise!) West Virginia and strikes me as southern in his manner. Though Dave is not an actor, he plays the “role” of the provincial hayseed in need of reform.

The episode’s central message is that Americans are uncomfortable with Islam because they know so little about it. This snub may be what perturbed Jenny McKeigue so much; it certainly angered me. But those Americans who will admit to being uncomfortable with the rising Islamic tide are neither irrational nor uninformed. Wherever large Muslim communities take root, non-Muslims end up dying or at least having their rights curtailed because Islam will settle for nothing less than dominance. Dearborn is no exception. That reality was not expressed in the video and if it had been it would not have been screened in a public school.

The race is on to educate your children about Islam and the result will have great implications for the future. My personal experience, I believe, offers some insight into how education prepares (or fails to prepare) young adults for the world they live in.

In the fall of 1995 I was a high school freshmen looking to fill a hole in my class schedule when I stumbled upon a world history course from a good teacher who happened to be a very opinionated liberal. I learned a lot that year but not all of it was actually true.

One unit concerned itself with major world religions — Christianity, Judaism, Islam, and several eastern religions. I recall the portion on Christianity being the shortest and shallowest, which may have been because the teacher assumed we were already familiar with that religion — an unfounded assumption even twenty years ago. When the focus turned to Islam, we learned about the five pillars of Islam, that Islam has two main denominations (Sunnis and Shiites), and that Islam considers Jesus to be a great prophet though not divine. The teacher taught us that Muslims invented algebra and the concept of zero, two “facts” that I later discovered to be falsehoods. Neither concept was truly “invented” and both pre-date Islam by centuries.

Then the teacher mentioned that Islam has a slight problem with radicalism. Although the vast majority of the world’s Muslims are peaceful, he explained, Islam has a few bad apples who give the religion a bad rap. He claimed that the bad apples are mostly Shiites and even within that subset they represent only a small minority. The lesson we were supposed to internalize is that every religion has its zealots. It hardly seemed fair that our society singled out one particular religion for scorn.

Three years later, al Qaeda struck American embassies in Nairobi and Dar es Salaam. I chalked it up to those few bad apples I’d heard about in class. In 2000, when I was a private in the Army, I learned that jihadists had blown a hole in the side of the USS Cole as it docked in Yemen. More bad apples.

Then came the mother of all terrorist attacks: 9/11. The only way I knew how to make sense of the slaughter was to refer to my ninth-grade history course. I assumed that the attackers must have been Shiites (they weren’t) and that their cause and tactics were anathema to most Muslims. It took me years to discover just how wrong I was about this.

Unlike most Americans, I was not glued to my television in the hours and days after 9/11. The entire U.S. military was on high alert and I had to stand guard in case of copycat attacks. Later on I heard that Muslims had been seen on television dancing in the streets. I hadn’t seen the revelry with my own eyes so I dismissed the story as a rumor. I found it difficult to accept that anyone would celebrate the attacks because it implied that the hijackers enjoyed at least some popular support, an idea that ran contrary to everything I had been told. But in fact it had happened — from East Jerusalem to New Jersey, Muslims rejoiced that the bully America had gotten her nose bloodied.

See for yourself. Here’s a video clip from Fox News hours after the attacks:

My “few bad apples” assumption also meant that I had no idea in the fall of 2001 just what a long and difficult struggle my country was undertaking. I believed that the vast majority of Muslims hated Osama bin Laden as much as I did and that most would gladly assist us in taking out their trash. I also assumed that the number of people we were going to war with was relatively small — perhaps a few hundred fighters holed up in the caves of Afghanistan. It wouldn’t take the world’s unchallenged superpower long to flush out a few reprobates from Tora Bora, would it?

How wrong I was. Take Pakistan, for example, a country that almost certainly gave Osama bin Laden shelter. A 2007 poll found that 46% of Pakistanis had a favorable opinion of bin Laden and 43% had a favorable opinion of al Qaeda. Almost half the population admires the late terror mastermind! Is it any wonder the country exploded with rage when we finally killed him? Osama bin Laden is very much a hero in the Muslim world, something like Nelson Mandela to black South Africans. Until we come to terms with this fact, we will never have a clear picture of the times we live in.

As the years went by I learned that this thing called the “War on Terror” was bigger than I could have imagined. It wasn’t just about hunting down a few guys in Afghan caves, and we weren’t going to receive any assistance from that “vast majority” of Muslims I kept hearing about. Some Muslim countries offered their assistance, of course, though mostly because the US government has deep pockets. Some of those “allies” were also double-dealing, including Pakistan.

I’ve learned a lot in the fifteen years since 9/11. I was not surprised, for example, to learn that Belgian Muslims celebrated in the streets after last March’s terror attack in Brussels, or that Muslims refused to help Belgian police locate fugitive terrorists. It was like 9/11 all over again — many rejoiced in the carnage and none wanted to help the infidels root out the bad guys.

I have often wondered how my perceptions of the post-9/11 world might have been different if I had never taken that world history class. Might it have been better to be uninformed than partially misinformed? I don’t know. I do know, however, that the public schools could have better equipped me to understand the world that awaited me after graduation.

This is why it matters what we teach our children about Islam. A world religions unit in a high school history class might seem trivial but it’s all some people will ever learn about Islam. We’ve got to do better than we’ve been doing, with our ludicrous “bad apples” theory of Islamic terrorism and our constant drawing of false equivalences. Our lessons should not be polemical of course, because that would mean replacing pro-Islamic propaganda with anti-Islamic propaganda. But they should at least be honest. We’ve been lying to ourselves for at least twenty years about the extent of popular support that Muslim terrorists enjoy within their communities, and it’s time we stopped. We won’t stop telling that lie, of course, because without it we’d forced admit that there’s broader culpability for the scourge of Islamic terror. 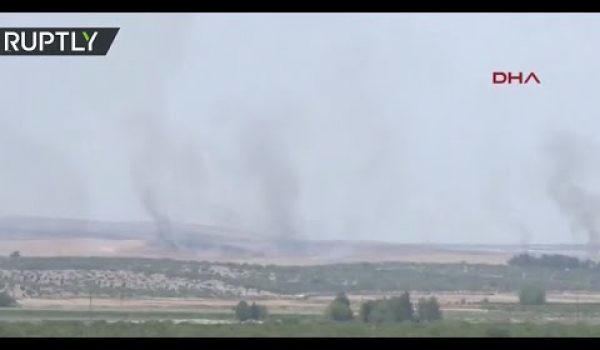 What happens when the dogma lives loudly within a Democrat?

Can we make our robots less biased than us?

Botanist dares to ask: What if plants have personalities?

Thanksgiving 1918 took place during deadly pandemic. What can it teach us?