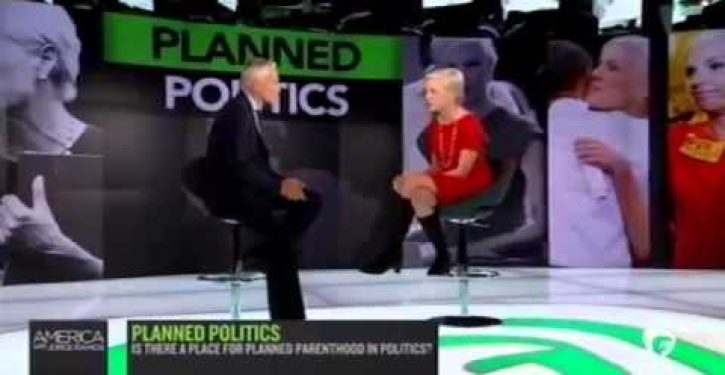 National Organization for Women (NOW) President Terri O’Neill doesn’t care when life begins. As someone who speaks, writes, and advocates incessantly on the abortion issue you’d think she would have given it more thought; but you would be wrong. Professor O’Neill, who is rabidly “pro-choice” (on abortion at least), is blithely unconcerned with when a developing fetus is actually a person deserving of protection from lethal violence.

O’Neill sat for an interview at the Democratic Convention in Philadelphia with Jason Rantz, a radio host from Seattle’s KIRO. When the topic turned to abortion she became belligerent, calling out Republicans for being “viciously anti-women” because of their stance on abortion. When Rantz asked her a hypothetical question — whether she would oppose abortion if it could be proven scientifically that a fetus is a human life — she replied: “I don’t care. Of course I would support abortion.”

Yes, that’s pretty much the same attitude I have encountered over and over again among the stridently pro-abortion. They generally refuse to ponder when life begins, a question that isn’t difficult to answer and doesn’t have anything to do with religion. It’s always “mammograms this” and “back-alley that,” but never do they talk about that thing they’re sucking out of the womb with a shop vac.

When I heard Terri O’Neill’s “I don’t care” remark I was reminded of Planned Parenthood’s yearly advice to its fan club about how to discuss abortion over Thanksgiving dinner. For several years in a row the abortion giant has warned that “Debating when life begins … may get you nowhere.” Yes, that’s true. Once the pro-abortion fanatics concede that there is no meaningful difference between a child five minutes before birth and a child five minutes after birth, the debate is basically over and they lose. They prefer to steer the conversation elsewhere, usually toward non-sequiturs and straw man arguments.

Planned Parenthood had yet more advice for your dinner table:

Instead focus on your shared values and the big picture; for instance, talk about how you believe everyone should be able to afford to go to the doctor, or how the decision about when and whether to become a parent is a personal one.

Look! Squirrel! Of course procreative decisions are personal, but the fact remains that if you’re pregnant that ship has already sailed. The kid already exists and you’re already a parent. The question is whether you and your doctor may legally conspire to snuff out the child’s life.

Not surprisingly, Planned Parenthood’s president, Cecile Richards, doesn’t want to talk about when life begins, either. Despite overseeing the world’s largest abortion provider she seems to have given the question very little thought. In the wake of last year’s Center for Medical Progress (CMP) undercover videos, she appeared on “America with Jose Ramos” to engage in a little damage control. Ramos posed what he erroneously called a “philosophical” question: “For you, when does life start? When does a human being become a human being?”

Richards talked around in circles for about a minute without giving a straight answer so Ramos pressed a little harder. “But why would it be so controversial to say … when do you think life starts?” he asked. “Yeah. Well, I don’t know if it’s controversial,” she replied. “I don’t know that it’s really relevant to the conversation.”

Not relevant to the conversation! Yes, she really said that. The central question of the abortion issue is completely irrelevant to Cecile Richards. I don’t think it would be unfair to summarize her position as “I don’t care” — just like Terri O’Neill’s.

“For me, I’m the mother of three children,” Richards continued. “For me, life began when I delivered them. They’ve been probably the most important thing in my life ever since. But that’s my own personal decision.”

Her children’s lives began for her at birth. For some other woman life may begin at another time, earlier or later, but for Cecile Richards her children only became children when they ventured down the birth canal. Before that they were goo or an invasive parasite or something; anything but children. The reality of another person’s humanity is apparently a big mystery which we must all figure out for ourselves — or, more accurately, for other people who happen to be our offspring.

For people who say they want to keep religion out of the debate they sure seem to be stuck on the metaphysical. Their approach is at least “philosophical,” to borrow a word from Jorge Ramos, if not downright religious. They speak as if the genesis of life is a profound mystery, as if no one’s answer is wrong as long as it is sincerely felt and never pushed upon another woman. That’s quite simply insane. Other than the unborn, no one else’s humanity is discerned through the personal feelings of another person.

Most people, I believe, know in their heart of hearts that abortion is killing. Not all people, of course. There are a few people who don’t know much about biology or haven’t given the issue much thought. These people are easily swayed through relentless propaganda that a fetus is just two microscopic cells and remains in exactly that state until birth when it magically sprouts into a baby. I have met people like this, and I can think of a few politicians — Bill Clinton for example — who appear to be genuine dupes of abortion propaganda. Clinton famously talked about embryos undergoing fertilization and “becoming little babies” while discussing stem cell research with CNN’s Dr. Sanjay Gupta. Clinton, who is literally a Rhodes Scholar, ought to know that embryos are by definition already fertilized. An unfertilized embryo is a contradiction in terms. His lack of biological knowledge may explain why he doesn’t understand all the fuss about abortion. Blameless as he may be in his ignorance, he is still ignorant.

But plenty of other people know better — particularly people who are intimately involved in the macabre procedure. These people have no illusions about the humanity of their victims but, like Terri O’Neill and Cecile Richards, they just don’t care. For example, two abortion industry figures seen in last summer’s CMP videos discussed children being born alive before an abortion could be performed. (See the third and sixth videos featuring Savita Ginde and Perrin Larton respectively.) That’s a good thing from their perspective because whole babies are very saleable.

In the third video, “Dr.” Ginde is seen parsing through baby parts in a petri dish. “Was that just the little bits of the skull?” asked the undercover videographer David Daleiden. “Mmm-hmm,” says Ginde. “I only see one leg. Here’s a foot. It’s a baby.”

It’s. A. Baby. She said the word that no Planned Parenthood shill would ever use in a public forum.

For those who insist on denying the humanity of the unborn I would ask that you defer to the experts — namely the people who kill them for a living. Don’t ask them the question on a talking heads show, of course, because they’ll lie. Ask them in the comfort of their own death chambers. When their guard is down, when they think they can trust you, they will drop all pretenses and tell it like it is.

A Planned Parenthood employee in Freehold, N.J. spilled the beans in 2008 to a young female activist who was conducting an undercover video sting. “Is the baby born alive?” asked the young woman who was pretending to be 22 weeks pregnant. “Usually, for the most part no,” the employee replied. “But it does happen where it’s still alive.” The young woman asked if such a procedure is really an abortion, to which the employee responded, “No, it’s an actual delivery. But it wouldn’t be able to survive on its own. So eventually the baby does die.”

This is the way people really talk inside abortion clinics. “Fetuses” are suddenly referred to as babies and “tissue” becomes feet and legs.

Abortion is a gruesome procedure that kills the most innocent among us. Most people instinctively know this and none more than the contract killers who perform abortions for a living. Yet the killing goes on and on with no end in sight.

World Vision NGO, accused of losing millions to Hamas, is Clinton Foundation partner
Next Post
Misology and veritaphobia will help get Hillary elected in November