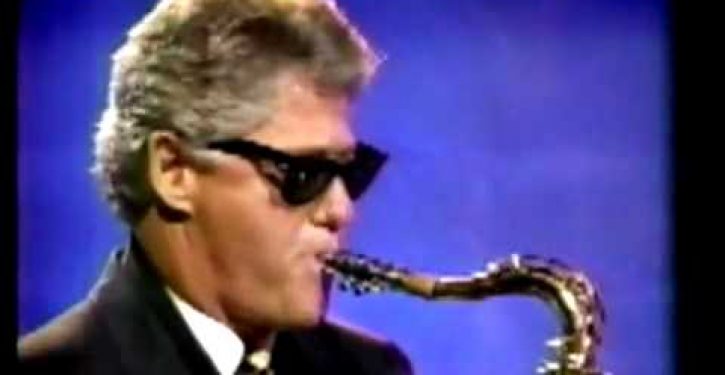 Has there ever been a president cooler than Obama? That’s the question that Newsweek, an ostensible “news” magazine, asked last week via Twitter. The tweet featured a picture of the president slapping hands with his friend and political supporter, the rapper Jay Z.

It’s hard to argue with Newsweek on this one. Obama is cool — though that alone doesn’t make him a great president. When it comes to leaders, coolness and greatness might actually be mutually exclusive. Cool people aren’t usually substantive and frequently lack the moral courage to do the right thing when the right thing isn’t cool — which happens to be most of the time.

The shortcomings of a cool president were on full display in September 2012 when Islamist terrorists launched a pre-meditated assault on the U.S. Consulate in Benghazi. While brave Americans were fighting for their lives, the president was asleep at the switch — perhaps literally. The White House has been less than forthcoming about what the president was doing while the attack was underway, calling his whereabouts an “irrelevant fact,” though some reports indicate that he went to bed. Whatever he was doing, it was apparently relevant enough for the White House to conceal it.

We do know what the president was doing the next day — hangin’ with Jay Z and Beyoncé, of course! Oh sure, the four Americans in Benghazi were already dead at that point so I suppose there’s nothing he could have done about it. But still — what was he thinking? He clearly wasn’t all that engaged with the situation unfolding across the globe, though he would have been if he had been a leader of any caliber because that’s what leaders do. Cool presidents, on the other hand, blow it off and attend fundraisers hosted by their celebrity friends.

Yes, Obama is cool — but what does that word mean? Much the same way Justice Potter Stewart described pornography, coolness is difficult to define but we know it when we see it. As far as I can tell, the concept didn’t exist until about the mid-1950s. If “cool” had a birthday it would be October 27, 1955 — the day “Rebel Without a Cause” was released in theaters. Six months later “cool” made its first baby steps when Elvis Presley made his television debut on the Milton Berle Show.

James Dean and Elvis Presley weren’t like other celebrities who came before them. Naturally, show biz personalities had always possessed a kind of personal magnetism but they weren’t quite cool. Tony Martin sold a lot of records but he wasn’t cool. Clark Gable made women swoon but he wasn’t cool either. “Glamorous” would be a better word to describe those men.

As the 50s made way for the 60s, America found itself in the midst of a bitter culture war between the forces of cool and the rest of us drab squares. Battle lines were drawn. Things such as the length of one’s hair, the music one listened to, and the clothes one wore became the markings by which people on both sides recognized friend and foe. The demarcation line was never clearer than in the summer of 1968 when “hip” Abbie Hoffman (et al) faced off against Chicago’s very “square” Mayor Richard Daley.

If the baby boomers seem to care so much about coolness it’s because they invented it. It should come as no surprise then that America’s first baby boomer president, Bill Clinton, was also its first cool president. Some might argue that that distinction belongs to President Kennedy, though I would contend that JFK was more glamorous like Clark Gable than cool like James Dean.

The Clinton campaign of 1992 was revolutionary because it pitted a young, genuinely cool Bill Clinton against the old fuddy-duddy George H.W. Bush. It didn’t seem to matter that Bush was a genuine World War II hero; America chose the younger, cooler guy. Clinton made his pitch to young voters on MTV, a tactic never before tried. He played his saxophone, wearing shades no less, on the Arsenio Hall Show. The audience writhed in ecstasy for Clinton’s performance. He was the coolest cat in America, even cooler than Arsenio, which was no small feat.

Unfortunately, he also reduced politics to a popularity contest indistinguishable from a junior high student council election. The coolest kid in class gets to be the president by default; or at least that’s the way it worked when I was in school. As strange as it sounds, grown-up elections weren’t always this way. They used to turn on substantive issues rather than publicity stunts, which is what Clinton’s saxophone performance was. Though his gimmick worked like gangbusters, it also cheapened the electoral process. He isn’t embarrassed by it, I’m sure, but he should be.

As the world became aware that Bill Clinton was a womanizer, even a sexual harasser, the president leveraged his coolness to turn the tables on his critics. Sure, he enjoyed a little hanky-panky from time to time, but who doesn’t? Prudes, that’s who! It was those same squares who ragged on him for smoking a little weed in college and dodging the draft. Once critics had been labeled uptight pantywaists, the narrative was set. Clinton weathered the storm and came out looking like the victim of “sexual McCarthyism.” Never mind that the actual articles of impeachment were for perjury and obstruction of justice — it was still “all about sex,” which some people were clearly neurotic about, namely Ken Starr and the Republicans.

During the 2004 election season, the Kerry campaign fell back on Clinton’s tried and true strategy, though obviously with less success. John Kerry, clad in a leather jacket, rode a Harley onto the set of the Tonight Show in late 2003. Like, totally cool, dude! In an obvious attempt to mimic Clinton’s iconic appearance on the Arsenio Hall Show, the candidate played a rock guitar at a fundraiser with Creedence Clearwater Revival frontman John Fogerty. The gimmicky nature of Kerry’s campaign reached a fever pitch when he was photographed snowboarding. That’s a fine hobby and all, but if that was the reason you voted for him you’re a complete dumbass. Please stop voting.

In the end, Kerry’s cool-based campaign wasn’t enough to put him over the top because the publicity stunts seemed contrived, an obvious cut-and-paste job from Bill Clinton’s successful ’92 campaign. The reason it worked for Clinton and not for Kerry is because Clinton is actually cool whereas Kerry is a big dork. All the snowboards, guitars, and motorcycles in the world couldn’t change that fact.

Four years later, an upstart young senator from Illinois named Barack Obama rallied to win the Democratic nomination. If ever there was a candidate who could exceed Clinton’s cool quotient, Obama was it. He was cool squared. After sailing to victory in the general election he proceeded to make the presidency a big joke — even more than it already was. Obama couldn’t be bothered to render a proper salute when disembarking Marine One because he’s too cool for that. He’s too cool for checks and balances, too cool for separation of powers, and way too cool for his intelligence briefings.

Yet he still got reelected. Obama bamboozled a majority of voters not once, but twice! That’s the power of cool in America.

This trend toward cool candidates running cool campaigns is pretty darn alarming, if I do say so myself. Great leaders rarely do the cool thing, and when they do it’s entirely accidental. Great leaders do the right thing, often while the cool kids stand on the sidelines and jeer.