Filmmaker Andrew Marcus took his camera to the University of Illinois at Chicago on March 11 to document a mass protest against  Republican presidential candidate Donald Trump’s rally, which was eventually canceled by Trump….

Marcus interviewed a woman (possibly Hispanic) who was carrying a Mexican flag and asked her what would happen if an American marched in Mexico with an American flag, notes RebelPundit.com, which published the video.

The video then cut to a white woman who waved her hands in front of Marcus’ camera.

When Marcus asked her what he was doing wrong, she pulled out her cell phone and appeared to start filming him. She asked Marcus his name and what part of Chicago he was from.

10 Senate seats likely to flip in 2016 elections
Next Post
The bizarre, even crazy intemperance of Trump haters 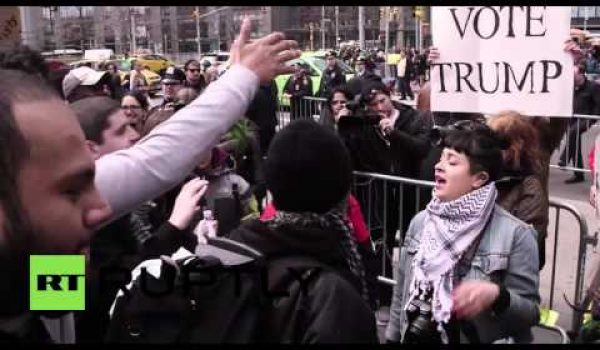