It sounds like a nightmare for Donald Trump’s opponents: The billionaire sweeps Ohio and Florida on Tuesday and storms ahead with more than half the 1,237 delegates needed to secure the Republican nomination.

But for Ted Cruz, it would be a dream — if it forces Marco Rubio and John Kasich to quit — that delivers the two-man contest he’s been wanting for months.

“If we are able to get him head-to-head in a two-person race,” said Jeff Roe, Cruz’s campaign manager, “then we will win this race.”

The math is not in Cruz’s favor: He’ll likely be at least 250 delegates behind Trump and essentially need to sweep the remaining contests. But his team is projecting confidence, trying to persuade rivals’ supporters to unite behind the candidate who so far has the most victories against the front-runner.

No, tampons are not a human right
Next Post
Hillary Clinton’s most obscene and potentially self-destructive campaign boast yet 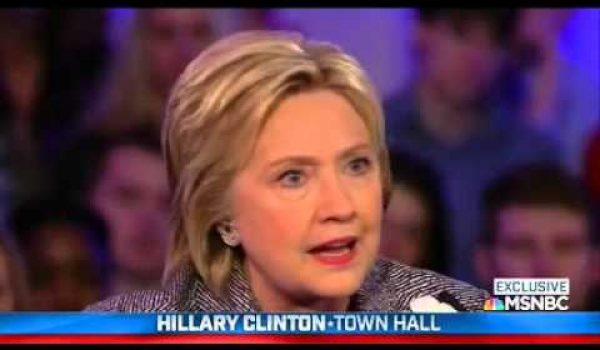