[Ed. – Marc Thiessen is not a Trump-head himself, and tends to the old-consensus, “national security conservative” end of the spectrum.  He’s making a brave move here by highlighting the truth.]

In recent days, Donald Trump supporters have been demonized as some sort of racist mob spun up by Trump’s racially tinged rhetoric. Former Environmental Protection Agency head and New Jersey governor Christine Todd Whitman declared: “If you were told that Mexicans are rapists and criminals . . . and you are walking down the street and see them in your community, people are going to do things.”

Except for one problem: Trump supporters are not targeting Mexicans walking down the street with violence. They are not even showing up and disrupting Bernie Sanders when he spews socialist claptrap.

The clashes we have seen so far have almost exclusively been at Trump events.

Why is that? Because organized groups of left-wing agitators intentionally come to Trump rallies to provoke his supporters. According to the New York Times, the protesters “fling themselves to the ground, forcing law enforcement officers — often outmanned and overwhelmed — to drag them away. They also shout and curse, making obscene gestures.” …

The fact is, if the protesters were holding peaceful protests outside his venues, there would be no violence. 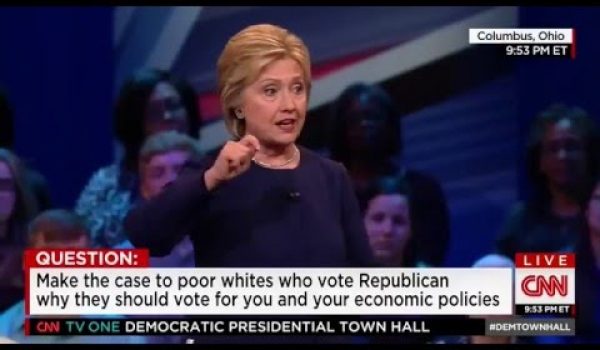 Were Ohio voters shocked when Hillary Clinton vowed to do this to their state if elected?
Next Post
Soros money funding Kasich presidential bid