During an event at Thursday evening #BlackLivesMatter founders Alicia Garza and Opal Tometi told Mizzou students that the goal of the Constitution was to make an agreement between factions known as states, which were built on the backs of black slaves.

Garza and Tometi told students at the University of Missouri that the Black Lives Matter movement arose after what they called, “the acquittal of George Zimmerman in the murder of Trayvon Martin.”

They emphasized that while activism was important, it was also important to “engage in self-care.”

“Because there isn’t that culture of collective care, it becomes up to each individual to figure out how to be resilient in the face of so much trauma we’re facing,” Garza said.

The ills of capitalism were a common thread throughout different points in the guided discussion, with Garza noting at one point that, “What we know about our world is that we depend on each other to survive, and that’s not what our economic system teaches us.” 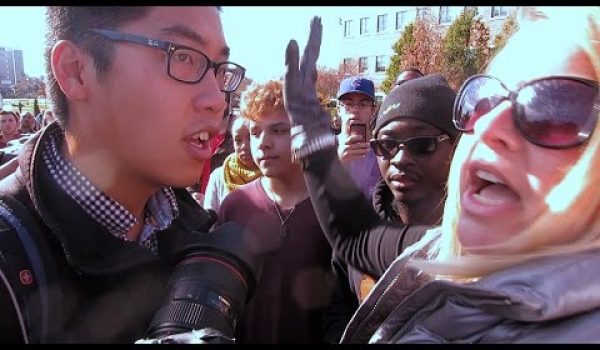