Before answering the question of whether we can trust health advice we must first ask: ‘Which health advice?’ It varies so much over time and between countries. In 1979, the government advised men to drink no more than 56 units of alcohol a week. This was later reduced to 36 units, then 28 units and then 21 units. Last month, the Chief Medical Officer reduced it once again, this time to 14 units. Upon announcing this, she also asserted that there is no safe level of drinking and that the health benefits of moderate alcohol consumption were ‘an old wives tale’. …

[T]here is a distinct possibility that these guidelines are not really aimed at us at all. The number of people who exceed the weekly drinking guidelines has been falling for years. By lowering the recommendations for men, Sally Davies has pulled two million more hazardous drinkers out of her hat. Similarly, although most people exceed the old sugar guidelines, sugar consumption has been falling for years. Now that the guidelines have been halved, it is almost impossible not to exceed them. By moving the goalposts, the problem is inflated, panic ensues, and the political agenda of the ‘public health’ lobby, with all its taxes, bans and gruesome warnings, is given a shot in the arm.

There is a telling comment in the minutes of one of the meetings held to reassess the drinking guidelines. It says that it is ‘important to bear in mind that, while guidelines might have limited influence on behaviour, they could be influential as a basis for government policies’. 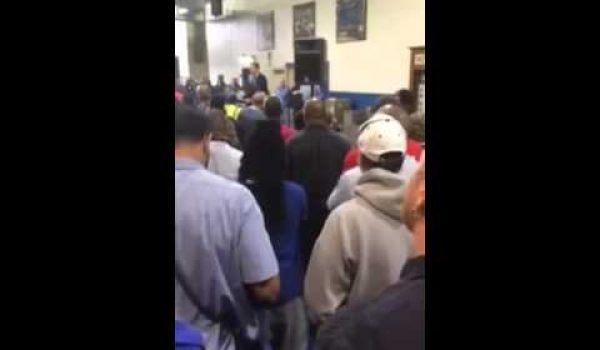 Watch what happens when 1,400 people are told their jobs are going to Mexico
Next Post
Epoch-makers: Pope Francis, Patriarch Kirill of Russian Orthodox Church to meet on Saturday