[Ed. – This is the same Politico that uses rhetorical devices and impressionistic coverage to make it seem like Ben Carson and Ted Cruz have misrepresented themselves.  But somehow, when the State Department does the same thing, we’re supposed to think it’s a big shocker.  Sorry, Politico — you’ve thrown that card out of your deck.]

The State Department is counting “bringing peace” to Syria as one of its wins in 2015.

A boastful recap of the State Department’s accomplishments, written by spokesman John Kirby, includes the bold subheadline of “Bringing Peace, Security to Syria” above a more modest entry talking about U.S. aid for those affected by the country’s turmoil and the U.S. push for a political transition from President Bashar Assad.

While Secretary of State John Kerry has played an integral role in the Syrian peace talks, the country remains embroiled in a nasty civil war and terrorized by the Islamic State.

“The United States and many members of the international community have stepped up to aid the Syrian people during their time of need — the United States has led the world in humanitarian aid contributions since the crisis began in 2011,” Kirby said.

According to Salon, future of the planet depends on stopping this scourge
Next Post
Video: CNN’s Poppy Harlow passes out while live on air 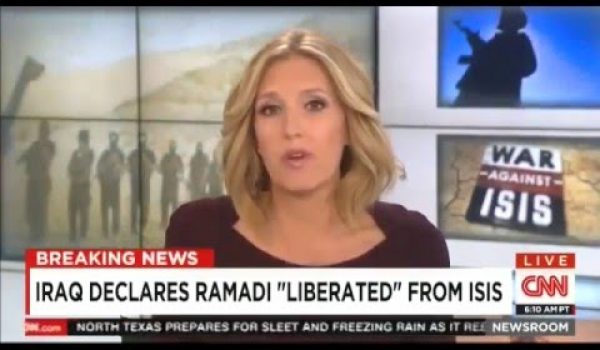