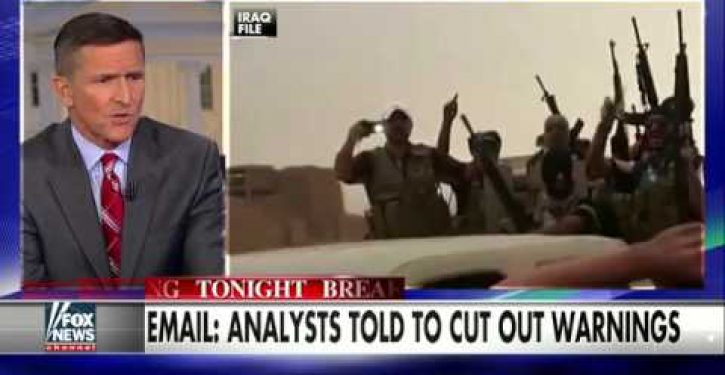 Last week, Fox News and the Daily Beast followed-up on a September report in which dozens of US intelligence professionals accused their superiors of “cooking” intelligence assessments related to the threat posed by ISIS. There was a “persistent effort… to downplay or even change reports that that questioned how much progress a U.S.-led coalition is making in the Obama administration’s stated goal to degrade, destroy, and defeat ISIS. Draft reports that contained a more pessimistic view, or that questioned the efficacy of hitting certain targets, were sent back to the analysts for more extensive rewriting,” the Daily Beast reported.  Who gave these orders and why?  …

“The warnings that have been provided on the rise of radical Islamists over the last few years have been very, very clear. So what the president has actually received from the national intelligence system is pretty good intelligence, and I would say it’s very accurate…The focus of this investigation — and they’ll find whatever they’re going to find in terms of the tactical issues at CENTCOM — but the focus of this investigation ought to start at the top. Where intelligence starts and stops is at the White House. The president sets the priorities, and he’s the number one customer [of intelligence].”