[Ed. – Much more palatably than George Will does, in fact.  But I admit, I think Wilson is funny.  He has his screen-persona shtick down pat.  You can hear his voice in your head, saying the deathless lines recorded for posterity below.  Wilson also talks about his new flick No Escape, among other things.]

Politics might be a plot device in No Escape, but off-screen they’re keeping staunch liberal Wilson riveted—thanks mostly to the antics of Donald Trump.

“Like everybody, I watched the GOP debates—and I don’t know the last time Iwatched debates,” he marveled. “It’s usually almost like a football game—when it gets down to the final two, now we’re going to watch the Democrat versus the Republican. But to watch this early on, when they’ve got 15 people on the stage, it would never have happened unless Trump was there.”

There’s a reason Trump is winning the media game right now with his brash headline-grabbing wizardry. “You can’t help but get a kick out of him, and I think part of it is we’re so used to politicians on both sides sounding like actors at press junkets—it’s sort of by rote, and they say all the right things,” Wilson laughed. “So here’s somebody who’s not following that script. It’s like when Charlie Sheen was doing that stuff—like, wow! He’s answering a question completely honestly, and in an entertaining way. You sort of feel he could be a character from Network.”

The Dallas-born Wilson got a shade more serious pondering Trump’s problematic border politics. “I don’t know if I’m not taking it as seriously as I should,” he said. “But when he said he was going down to the border and he showed up at a press conference and said, ‘Now I’m going out to the border and I hope I’ll see you later’—sort of suggesting that it was so dangerous that who knows if I’ll see you later… I don’t know, it was just funny to me. The guy is a showman. You have to sort of get a kick out of the guy. It is entertaining, for sure. That’s why people are tuning in.” 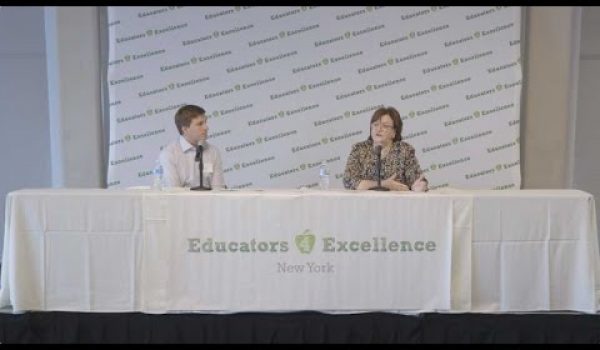 NY Common Core advocate’s THREAT to parents
Next Post
Great news: 800 jihadis back from Syria and Iraq, ready to strike in Europe