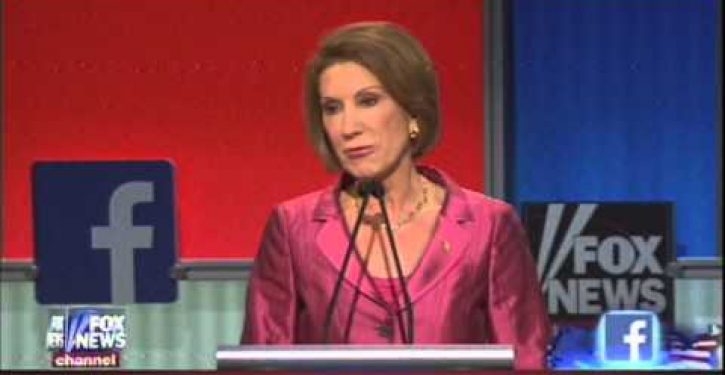 Carly Fiorina is on a roll. After the recent Fox News Republican presidential debates, she has enjoyed a significant bump-up in the polls—to 9 percent in the latest Rasmussen survey; 8 percent in the NBC/Survey Monkey poll; 9 percent in a New Hampshire poll; 7 percent in Iowa. A pollster at Suffolk University named David Paleologos tells the New York Post, “She has broken through….a real boost….She’s put herself in the game.”

What does this mean? And what does it say about the Republican electorate, the state of American politics, and Fiorina herself?

It probably doesn’t mean much, beyond the obvious fact that Fiorina is a very good debater. She doesn’t speak in platitudes or clichés, which is an observation that can’t be applied to some of her rivals in last week’s debates. She uses language that is crisp, bold and piquant. She takes firm, clear stands on issues, including high-voltage issues such as immigration. And she distinguished herself by acknowledging that the Donald Trump phenomenon is not about Donald Trump but about currents of sentiment running through the electorate.