[T]here is a legitimate concern here — from which no one seems to be willing to draw the obvious conclusion: There is someone to blame for what’s wrong in Baltimore.

Would any sentient adult American be shocked to learn that Baltimore has a corrupt and feckless police department enabled by a corrupt and feckless city government? I myself would not, and the local authorities’ dishonesty and stonewalling in the death of Freddie Gray is reminiscent of what we have seen in other cities. There’s a heap of evidence that the Baltimore police department is pretty bad.

This did not come out of nowhere. While the progressives have been running the show in Baltimore, police commissioner Ed Norris was sent to prison on corruption charges (2004), two detectives were sentenced to 454 years in prison for dealing drugs (2005), an officer was dismissed after being videotaped verbally abusing a 14-year-old and then failing to file a report on his use of force against the same teenager (2011), an officer was been fired for sexually abusing a minor (2014), and the city paid a quarter-million-dollar settlement to a man police illegally arrested for the non-crime of recording them at work with his mobile phone. There’s a good deal more. Does that sound like a disciplined police organization to you?

Yes, Baltimore seems to have some police problems. But let us be clear about whose fecklessness and dishonesty we are talking about here: No Republican, and certainly no conservative, has left so much as a thumbprint on the public institutions of Baltimore in a generation. Baltimore’s police department is, like Detroit’s economy and Atlanta’s schools, the product of the progressive wing of the Democratic party enabled in no small part by black identity politics. This is entirely a left-wing project, and a Democratic-party project. 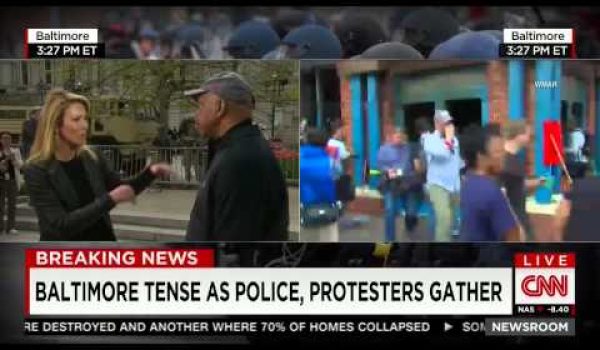