A banner promoting the play “Romeo & Juliet” has been taken down after some parents of students at Westlake High School shared concerns over the use of a Confederate flag.

Parents Sedrick Blount and Angelina Sanchez couldn’t believe the school allowed the Confederate flag to be used in a banner. They were told the flag represented the theme “Romeo & Juliet” post-Civil war.

“That represents hatred, racism and just pure evil,” Blount said, while Sanchez said: “The Confederate flag is just not a good advertisement.”

Parents say the banner had been up for a few days but it was taken down Friday afternoon after they took their concerns to school administrators and the superintendent.

They say the banner was offensive and shouldn’t have gone up in the first place.

“It can leave a confusing message to children who are vulnerable. It’s like, ‘What are we saying to them?’ ” Sanchez said.

But Stella Mandell, who came to see her niece perform in the play, said they banner was symbolic of what the play was about. 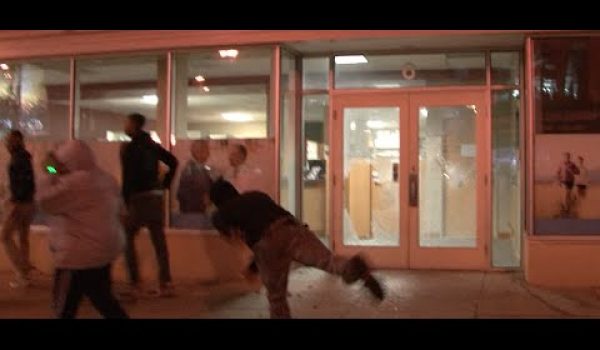 Baltimore mayor on riots: ‘We gave those who wished to destroy space as well’ (Video)
Next Post
Somali Muslim in Arizona rapes woman given to him in marriage arranged by her parents