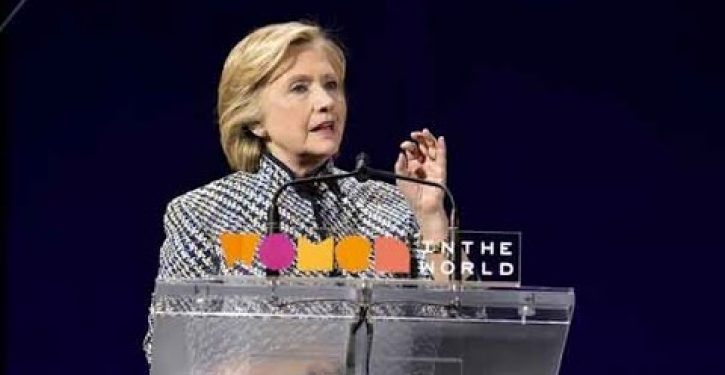 Hillary Clinton launched the first attacks against Republicans of her presidential campaign during a speech at the annual “Women in the World” summit in New York this week.

Clinton, who regularly appears at the summit, which is now in its sixth year, focused her remarks on women’s pay and funding for abortion and birth control to take shots at the GOP’s presidential field.

Clinton congratulated Loretta Lynch on her Thursday confirmation as attorney general by the Senate. Senate Majority Leader Mitch McConnell (R-Ky.) had said he wouldn’t allow the upper chamber to leapfrog a vote on an anti-human-trafficking bill, stalled due to a bitter dispute on abortion language that was ironed out.