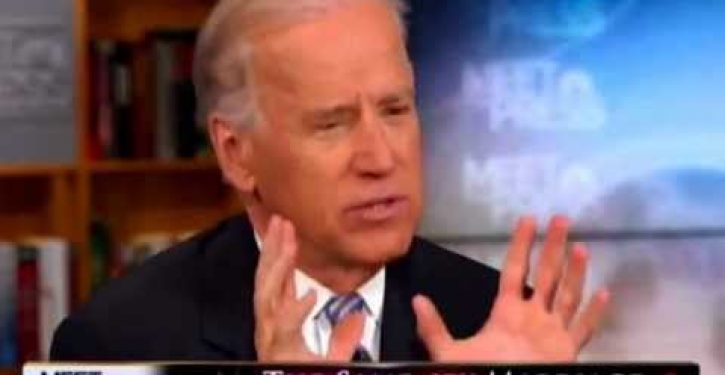 Joe Biden is, somewhat accidentally, one of the more significant figures in the recent history of the struggle for marriage equality. Biden famously blurted out his support for gay marriage during an appearance on “Meet the Press” in May 2012, knocking down an important barrier—only it wasn’t supposed to be his to knock down. President Obama was preparing to announce his own “evolution” on marriage, before Biden stole his thunder. The White House scrambled to arrange the Obamas’ televised announcement on ABC four days later. Biden later apologized to the president.

Yet even so, Biden has attained rock-star status in the gay political community. Blunder or not, his announcement had the desired effect: Less than three years after his “Meet the Press” appearance, it’s practically unthinkable that a national Democratic politician wouldnot support gay marriage.

For those fighting for marriage equality, these are heady times, with the Supreme Court set to hear oral arguments on gay marriage later this month and a favorable decision widely anticipated this summer. And they haven’t forgotten Biden.