An annual report delivered recently to the US Senate by James Clapper, the director of National Intelligence, removed Iran and Hezbollah from its list of terrorism threats, after years in which they featured in similar reports.

The unclassified version of the Worldwide Threat Assessment of the US Intelligence Communities, dated February 26, 2015 (PDF), noted Iran’s efforts to combat Sunni extremists, including those of the ultra-radical Islamic State group, who were perceived to constitute the preeminent terrorist threat to American interests worldwide.

In describing Iran’s regional role, the report noted the Islamic Republic’s “intentions to dampen sectarianism, build responsive partners, and deescalate tensions with Saudi Arabia,” but cautioned that “Iranian leaders—particularly within the security services—are pursuing policies with negative secondary consequences for regional stability and potentially for Iran.

The United States and other Western nations, along with a coalition of regional allies, both Sunni and Shiite, has been launching attacks against Islamic State targets in Iraq and Syria in recent months. The Sunni group, also known by its acronyms IS, ISIS and ISIL, is an offshoot of al-Qaeda that has carved out a self-proclaimed caliphate across large swaths of Syria and Iraq, both of whose governments are allied with Iran’s. 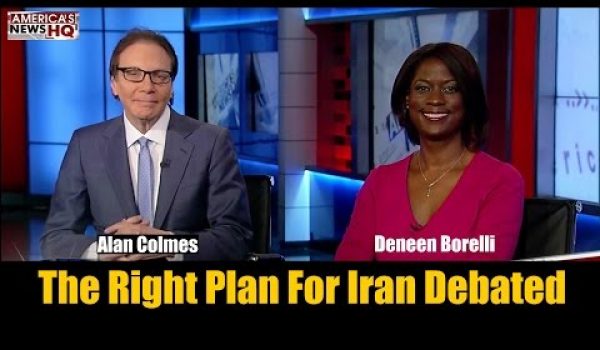