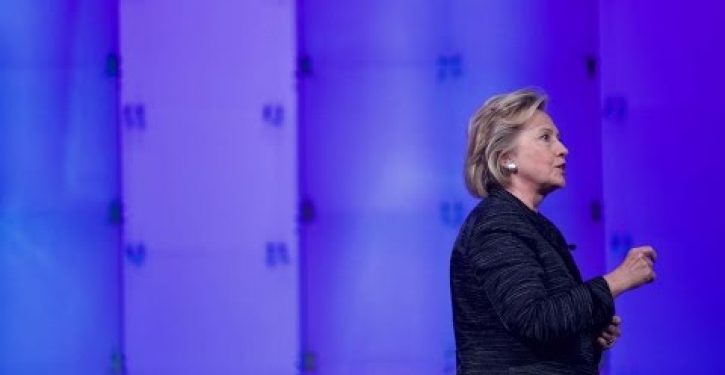 When asked directly by Re/Code’s Kara Swisher if she supported the FCC’s upcoming vote, she said she supported President Obama’s position on the issue.

“I would vote for net neutrality, because as I understand it, it’s Title II with a lot of changes within it in order to avoid the worst of the utility regulation,” she said. “It’s a foot in the door, it’s a value statement, I think the president is right to be upfront and out front on that.”

Although Clinton defended the FCC’s attempt to make the internet a public utility, she seemed open to other ideas to bring about net neutrality.

“They have to have a hook to hang it on, so they’re hanging it on Title II,” she said, defending the FCC’s decision as “the only hook they’ve got” to bring about change.