On Thursday, Rep. Nancy Pelosi, the California Democrat once labeled “mind-numbingly stupid” by Rep. Trey Gowdy, R-S.C. said that everyone would have a happier Thanksgiving due to President Obama’s executive amnesty, Charlie Spiering said on Twitter. She also compared Obama’s action to the Emancipation Proclamation and claimed that by granting a form of amnesty to millions of illegal immigrants, Obama is helping secure the southern border.

“Pelosi says because of Obama’s executive amnesty, ‘everybody will have a happier Thanksgiving,'” Spiering tweeted. The comment sparked a great deal of outrage and mockery on Twitter.

“Pelosi is a mental midget,” one person said in response. “The woman is slowly losing what little is left of her mind,” another person added. “Pelosi makes turkeys look intelligent,” a third critic tweeted.

“I have a lot of friends with badges from my Border Patrol days,” another person said. “I literally don’t know a single one who supports this.” 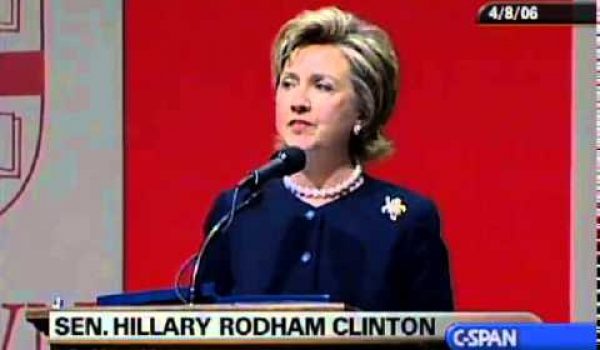