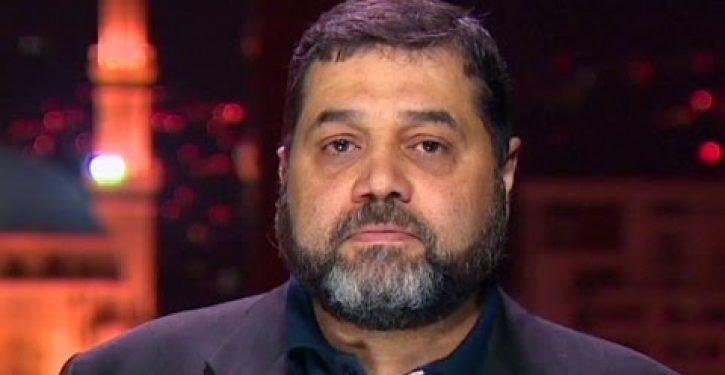 Hamas, the governing body of the Gaza Strip which has fired thousands of rockets at Israeli civilians, is designated a terrorist organization by the United States, the European Union, and other allies.

Hamas asks Gaza civilians to serve as human shields, has employed suicide bombings to kill Israelis, and its charter calls for the destruction of the Jewish state.

Yet, in the current conflict between Israel and Hamas, CNN has on numerous occasions invited on spokesmen from Hamas for questions such as how they feel about the Federal Aviation Administration banning flights into Tel Aviv and how they “respond” to Benjamin Netanyahu’s accurate characterization of Hamas as a thuggish terror group. Frequent guest Osama Hamdan likened Netanyahu to Adolf Hitler in one segment with Wolf Blitzer, who chose not to follow up on that one despite the irony of an anti-Semitic group comparing Israel’s leader to Nazi Germany’s.

It calls to mind the humorous faux-news website the Onion, where on occasion al Qaeda terrorist spokesman “Omar al-Farouq” has “appeared” for interviews with the Onion News Network as though it was the most natural thing in the world. In the obviously fake interviews, the anchor asks deadpan questions and never for an instant challenges him on his organization’s terrorist activities.

In one for instance, al-Farouq decries a 9/11 truther for giving “credit” for the attacks to the U.S. government. In another, he subtly implies he wants the new Freedom Tower constructed quickly at Ground Zero so his group can again knock it down.