Chinese authorities are ramping up their persecution of Christian churches in response to what they perceive as an emerging threat to the communist regime, according to reports.

Public security officials in recent days forcibly removed crosses from two churches in the southeastern coastal province of Zhejiang, the New York Times reported. Authorities have now issued orders to demolish more than 100 churches in the province—most of them state-approved, as opposed to the illegal underground communities suppressed by officials.

Additionally, government officials have disrupted services, confiscated and destroyed church property, and in some cases detained members in the capital in Beijing, the eastern coastal province of Shandong, and the autonomousXinjiang region in the northwest.

At the Wenling Church in the coastal city of Taizhou, congregants told the Times that as many as 4,000 officers removed two crosses from the building on Friday and detained as many as 40 people—while most of the members sang hymns. …

While some of the church members have not resisted the authorities, other clashes have turned violent. Fourteen members of the Wenzhou-based Salvation Church in Zhejiang province were seriously injured last week when paramilitary police broke through a wall of congregants at the door and beat them.

Chinese authorities claim that the churches violate zoning laws. However, an internal government document obtained by the Times earlier this yearsuggested that officials should cite “illegal construction” as a cover to avoid international scrutiny.

Pelosi on a roll: No ‘deportation without representation’
Next Post
Trey Gowdy: Clinton not off Benghazi witness list; James Woods approves (Video) 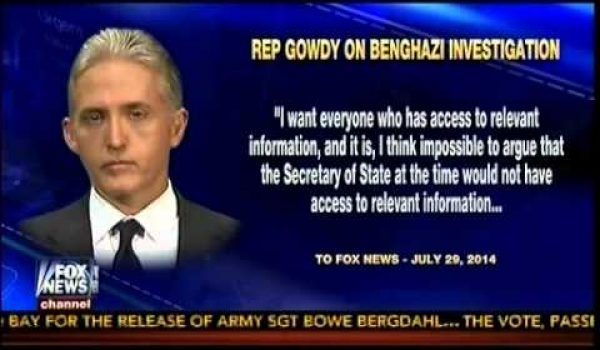