Loyal members of LU Nation will remember a post by Howard Portnoy in May 2014, outlining an outrageous classroom assignment given to 8th graders in Rialto, California:

Here is the assignment, which was handed out in April:

“[S]ome people claim the Holocaust is not an actual historical event, but instead is a propaganda tool that was used for political and monetary gain. Based upon your research on this issue, write an argumentative essay, utilizing cited textual evidence, in which you explain whether or not you believe the Holocaust was an actual event in history, or merely a political scheme created to influence public emotion and gain. Remember to address counterclaims (rebuttals) to your stated claim.”

District spokeswoman Syeda Jafri explains that the assignment was developed by district teachers in connection with the eighth grade’s reading of the “Diary of Anne Frank” in April. It is aligned with Common Core Standards, which promote, among other things, critical thinking skills.

There was lively discussion at the time this story broke about whether this was a valid critical-thinking exercise.

But in a dénouement that should surprise no one, we learn today from the Los Angeles Daily News (LADN) that dozens of the 8th graders who turned in this assignment ended up concluding that the Holocaust was a hoax.  Not only did they doubt it: they absorbed, from an anti-Semitic Holocaust-denial website – whose material was handed out to help them complete the assignment – a set of anti-Semitic tropes, against which their juvenile minds presumably had no defenses of skepticism or principle.

LADN staffers have read through hundreds of the students’ essays from this assignment, to which LADN was given access by the school district.  (The essays are available for viewing through a subscription link at the LADN story.)  Here is how the assignment went down (emphasis added):

To write the in-class essay, students were given printouts from About.com, History.com and Holocaust denial site BibleBelievers.org.au.

The claims made in the Holocaust denial handout were not specifically addressed by the other materials provided, apparently leading some students to conclude the Diary of Anne Frank was a hoax and that there is no evidence any Jewish people were gassed to death in German concentration camps.

Students completed the assignment in class, with no access to a computer or the library to debunk the claims made by the site.

LADN points out that an “authority” cited by the Holocaust-denial website is an utter fraud who has none of the credentials he has claimed to have (e.g., to be an expert on engineering or gas chambers).  Innocent students, writing in class with no access to other materials, ended up producing essays in which they quoted this “authority” as a basis for concluding that the Holocaust was a hoax:

“According to Fred A. Leuchter (leading specialist on the design and fabrication of execution equipment) there is no significent cyanide traces in any of the alleged gas chambers,” one student wrote. “So any open minded person can easily be persuaded to believe that the gassings were a Hoax.”

And then many of the students were given “high marks and praise” for their work (spelling in original):

“I believe the event was fake, according to source 2 the event was exhaggerated,” one student wrote. (Students’ and teachers’ original spelling and grammar are retained throughout this story.) “I felt that was strong enogh evidence to persuade me the event was a hoax.”

In some cases, students earned high marks and praise for arguing the Holocaust never occurred, with teachers praising their well-reasoned arguments:

“you did well using the evidence to support your claim,” the above student’s teacher wrote on his assignment.

Consider this selection from the 8th graders’ conclusions:

“Based on the evidence from the source, it looks like the Holocaust was political propaganda.”

“There was no evidence or prove that there were gas chambers, and another reason was that Anne Frank diary was not real, it was a hoax.”

“Holocaust is a propaganda tool so Israel can make money for Jews.”

“A profitable hoax made by the Jews to obtain land, money, and power.”

“The Jews may have invented the story of the Holocaust for political or financial gain.”

Although a minority of the students concluded that the Holocaust was or might have been a hoax, concerned local leaders point out the danger of framing an assignment as this one was.  Here is Rabbi Abraham Cooper, Associate Dean of the Simon Wiesenthal Center and the Museum of Tolerance:

When you read the assignment, it’s so over the top as to raise the question as to whether anybody in this group had an ideological (intent).  There isn’t anyone who’s never made a mistake, but when you have people put in charge of kids, to teach them critical thinking, should they still be able to continue to do this as though nothing happened?

When you took a look at the way the assignment is created and written, it causes all of these impressionable children to start their essays with ‘in my opinion, the Holocaust did exist.’ So it puts in the seed of doubt.

Fialkow puts his finger on something very important.  There is no such thing as value-neutral pedagogy.  There are things we don’t invite kids to experiment with doubting – because as adults, we know both the power of doubt and the weaknesses it can create in our thinking. We know the importance of employing it wisely, in a context of priorities and values.

We also know that there are well-established facts that are only questioned for evil purposes.  We know the patterns of evil when we see them; one of those patterns is insinuating half-formed, impressionistic reasons for doubt where no real ones exist.

Responsible adults in the community are fully qualified to overrule pedagogues on school assignments that introduce paralyzing and divisive doubts into the minds of children – and not just overrule them, but call them on the carpet.

That probably won’t happen any time soon, of course.  Parents were outraged when they learned of this assignment in the spring.  But no light has been shed yet on what the school district is actually doing about it:

District administrators have refused to identify the staffers responsible for crafting the assignment and have not been able to provide or point to any policies governing the development of lessons or curricula. …

[The Rialto school district’s attorney William P. Curley] could not comment on what oversight was supposed to be exercised by district personnel and whether there had been or will be repercussions for those involved or those who were supposed to have been involved.

Rialto is a sunny middle-class suburb of 100,000 people next to San Bernardino, CA.  It’s about 25 miles north of Murrieta, which has lately gained some notoriety.  Now Rialto has a population of kids whose minds have been actively corrupted on an indisputable matter of historical fact – in a manner that should not get a pass for being insinuating and weasely, but should be excoriated instead for exactly those qualities.  Indignation, and action, are called for. 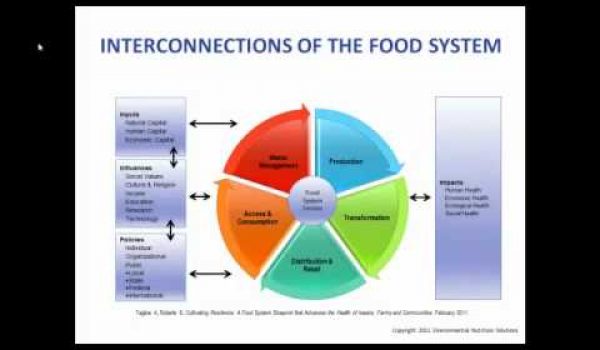 With new USDA nutrition czar, there’s ‘social justice’ in our dietary future
Next Post
Sales on Hillary’s book so bad, publisher would need to charge $70/copy to make back advance