The odds are that you think President Obama’s foreign policy is a failure.

That’s the scathing consensus forming, with just 36 percent of Americans approving of Obama’s foreign policy in a New York Times/CBS News poll released this week. Foreign policy used to be a source of strength for the president, and now it’s dragging him down — and probably other Democrats with him….

Obama is no Messiah, but this emerging narrative about a failed foreign policy is absurdly harsh. Look at three issues where Republicans have been unfairly jabbing him with pitchforks:

Trading five Taliban prisoners for Bowe Bergdahl was unpopular with the public, and the Obama administration may have made the trade in the incorrect belief that Bergdahl was near death. Then again, here’s an American soldier who spent five years in Taliban custody, some of that reportedly in a cage after trying to escape. If we make heroic efforts to bring back American corpses, how can we begrudge efforts to bring back a soldier who is still alive?…

More broadly, there’s nothing wrong with negotiating with the Taliban. The blunt truth is that the only way to end the fighting in Afghanistan is a negotiated peace deal involving the Taliban, and maybe this deal can be a step along that journey.

Funnyman Bill Maher on Obama: ‘I voted for the boy who won’
Next Post
Dems panic after Boehner announces plans to sue Obama 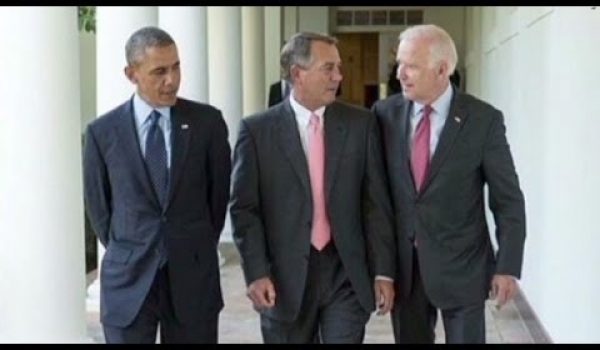