[Ed. – More for the can’t-make-this-stuff-up file.  There’s a question as to how “wild” it can actually be, in the sense of being “primitive” or “unattended,” if there’s a Lifetime production team along for the ride.  Production teams tend to dwarf the actual activity or story line being presented.  Production visuals are nothing but cameras, prop-wranglers, and non-thespian professionals with headsets and folders as far as the eye can see.  And out in the “wild,” they’ll be attended by big generators to supply volts for all the equipment.  The actors — or reality-show subjects — look like orphaned Lilliputians during production.  Just keep that in mind if you should happen to accidentally watch any of this fabulous new show.]

“Born in the Wild” will follow pregnant women who choose to give birth outdoors and unassisted, Entertainment Weekly reports. The inspiration comes from this video of a mom giving birth in the forest, which more than 23 million unfortunate people have seen (WARNING: NSFW).

“These are all people who have already had babies in hospitals who had unsatisfying experiences and who are choosing to have different experiences,” Lifetime explained in a press release.

It totally makes sense that a woman would be unsatisfied with all the drugs, cleanliness, medical expertise and technology, and lack of Lifetime producers associated with a standard birth. It’s such a great idea, some people are worried the show could start an epidemic of women refusing to go to the hospital to give birth.

But Lifetime is rightly not concerned. “I’m not worried this is going to spark a trend,” Eli Lehrer, senior VP and head of nonfiction programming, told Entertainment Weekly. “I truly don’t think this is something people would enter into lightly. This is a very specific subset of people doing this.”

Shocker: U.S. officials not confident Qatar will keep track of Gitmo 5
Next Post
D-Day: Three presidents, one of the great battles of history, and the heart and task of a nation 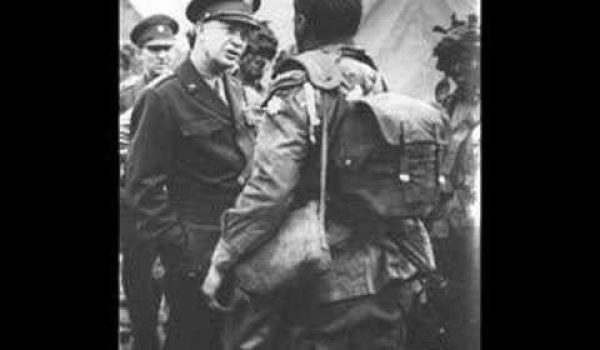