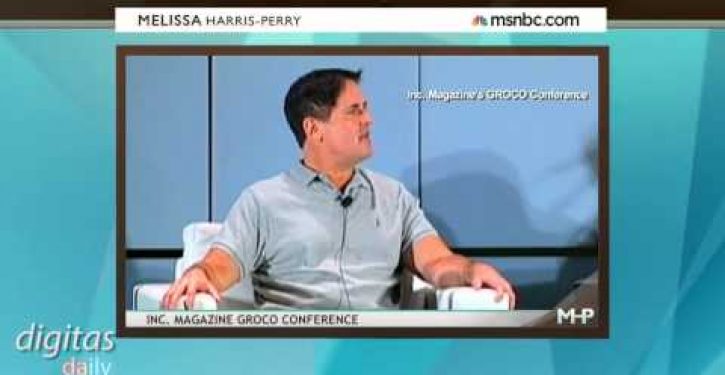 Melissa Harris-Perry seems to have a problem with some African-Americans making a lot of money in professional sports, apparently because some other people also make money in the process. Specifically, she seems to believe that the relationship between players in the National Basketball Association and their teams’ owners is a form of slavery.

It’s hard to conclude otherwise based on statements made by the MSNBC host this past Saturday. Perry introduced her segment about the Mark Cuban “controversy,” wherein the owner of the NBA’s Dallas Mavericks expressed self-preservation-related desires — which he inexplicably attributed to being personally “prejudiced” and “bigoted” — to move to the other side of the street upon seeing a “black kid in a hoodie” or “a white guy with a shaved head and lot of tattoos,” by saying: “You can’t really talk about (slavery) reparations and ignore the modern day wealthy Americans who own teams made up predominantly of black men and profit from their bodies and labor.” In case viewers missed her take the first time, she went there again, as seen in the video which follows the jump (HT TruthRevolt via BizPac Review):