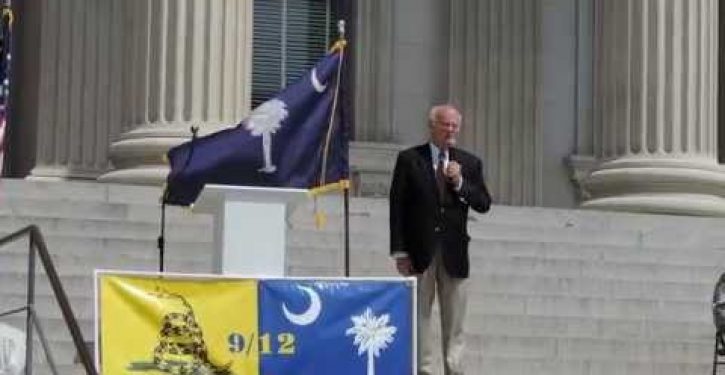 A South Carolina candidate for lieutenant governor thinks Christian parents should pull their children out of the “godless” and “pagan” public school system.

“We cannot win this war we’re in as long as we keep handing our children over to the enemy to educate,” said Moore, after explaining that he had home-schooled his son.

He continued thus: “It cannot be fixed, the socialistic model, and we need to abandon that. As conservatives and Christians, if you think you’re going to win this war you’re in, and leave your children in those schools, it will not happen.”

Moore previously founded a project called the Exodus Mandate, which is described on its website as a “Christian ministry to encourage and assist Christian families to leave Pharaoh’s school system (i.e. government schools) for the Promised Land of Christian schools or home schooling.”

Moore has also written about his opposition to the Common Core State Standards (CCSS), the new education benchmarks adopted in more than 40 states, including South Carolina.

Fed. judge: Ohio must follow other states’ marriage laws, not its own
Next Post
IRS ‘targeted progressives’ more than it targeted the Tea Party