[Ed. – In other words, the judge is saying that’s what “full faith and credit” means.]

So long, Ohio. According to a federal judge Monday in Henry v. Himes, the U.S. Constitution now requires that the laws of one state automatically supersede those of Ohio, whether or not Ohio approves.

The circumstances surround same-sex marriage, though the precise legal issue is one that has been flying below the radar for some time – the recognition by one state of another state’s same-sex marriage. In the case, several same-sex couples with marriage licenses from California, Massachusetts, and New York sought recognition of their relationships in their home state of Ohio, where marriage is defined as between only one man and one woman. According to Monday’s ruling, Ohio’s marriage laws are “facially unconstitutional and unenforceable under any circumstances.” Thus, same-sex marriage licenses from any jurisdiction are valid in Ohio.

While the court said that Ohio is not required to issue its own marriage licenses to same-sex couples, this reservation amounts to a distinction without a difference. If same-sex couples can cross the state line, get a same-sex marriage, and then demand full recognition of their relationship upon returning home, it makes little difference whether Ohio issues licenses itself.

But is this result really required by the U.S. Constitution? …

[H]aving a license somewhere doesn’t mean you have a license everywhere.  Beyond marriage licenses, no lawyer, physician, or other licensed professional has an automatic right to practice his trade everywhere just because one state has licensed him.  A Florida lawyer can’t walk into a Texas courtroom and begin practicing law, and Texas isn’t required to allow it.  While courts, hospitals, and others typically grant certain privileges to out-of-state professionals, they are not required to do so.

What if we apply this ruling to the licensing of the fundamental right of gun ownership?

Sign me up: Connecticut mulls ‘do not text’ registry
Next Post
SC candidate: Christians should pull kids from ‘godless’ public schools 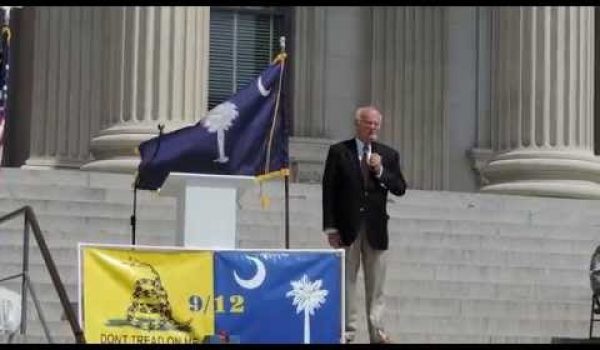