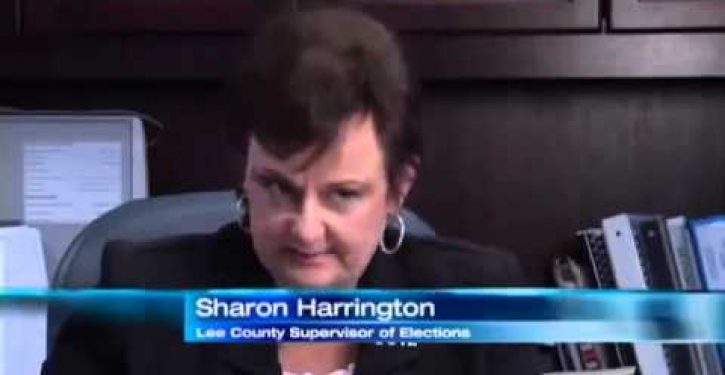 WBBH-TV reporter Andy Pierrotti managed to track down dozens of local residents who were (a) both non-US citizens and (b) registered to vote in the swing state.  Many of them had illegally voted in recent elections. …

The investigation began by examining state forms on which residents had declined jury duty by checking a box indicating that they weren’t US citizens, and were therefore ineligible to serve.  Pierrotti then cross-referenced those results with local voter rolls, identifying at least 94 people who were registered to vote in the state of Florida. Next, he visited some of these people at their homes, where they admitted that they weren’t citizens and professed ignorance as to how they were registered to vote in the first place.  But voting records
confirmed that they’d exercised their “right” to vote that, as non-citizens, they do not actually possess.  The NBC 2 team interviewed a
number of these illegal voters on camera, including a Jamaican national who simply attested that he was a US citizen on a voter registration form, and — voila! — he joined the American electorate.  It was a felony, but it was that easy. …

REPORTER: County supervisors of elections tell me they have no way to verify citizenship.  Under the 1992 “Motor Voter” law, they’re not required to ask for proof.

HARRINGTON: We have no policing authority.  We don’t have any way of bouncing that information off of any other database.

A quick calculation, as a point of reference.  This local reporter found 94 illegally registered voters in one small region using one narrow verification method.  If you extrapolate his number over Florida’s 67 counties, that’s nearly 6,300 people.  In 2000, the United States Presidency was determined by 537 Florida votes.