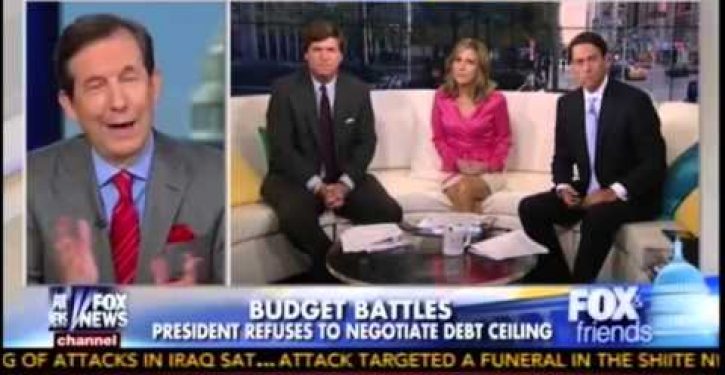 Bill O’Reilly’s segment from last Wednesday — the one in which he asks Kirsten Powers and Kate Obenshain to expound on some mysterious quality that makes women somehow less qualified than men to be president — has to be the most awkward moment of television since…oh I don’t know, a few months ago on another Fox News show.

I sympathize with the urge to respond to the clip with mockery. But sometimes a glimmer of truth can be found even in the tawdriest of settings — and it’s Powers who deserves credit for uttering it here. Wracking her brain for something to say in response to O’Reilly’s flippantly sexist provocation, Powers volunteers that a female president might be more easily goaded than a male president into military muscle-flexing as a way of demonstrating her toughness. Her example is support for the Iraq War, which is an obvious dig at Hillary Clinton.

I like this comment not only because it undercuts O’Reilly’s smarmy insinuation that a woman would be too weak to stand toe-t-toe [sic] with macho tough guys like Vladimir Putin. I also like it because it may well be true.

Another Obamacare delay, this one to help Dems in midterm elections
Next Post
Poll: One third of Americans say they’ve been personally hurt by Obamacare