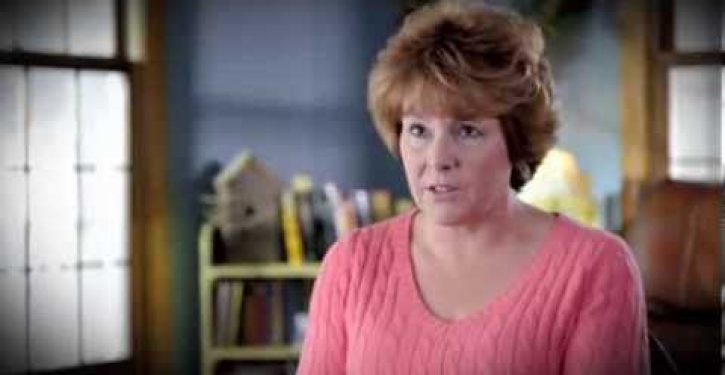 What do Democrats do when a hard-hitting anti-Obamacare ad threatens the electoral prospects of a Democrat Congressman? Well… You unleash the lawyers. With any luck, you might even be able to use the weight of the FCC to muscle local stations into denying the ad any air time. …

As is explained in the Americans for Prosperity (AFP) ad – aimed at Democrat Gary Peters – Julia was among the millions of Americans who saw their insurance evaporate as Obamacare implementation lumbered forward. And while she’s been able to retain the same doctor as before, her new Obamacare insurance has left her with an unpredictable schedule of out-of-pocket costs. In short: She liked her plan – she wasn’t able to keep her plan – and now she’s stuck with inadequate insurance that threatens her financial stability. Julia is now worse off (financially and physically) thanks to the President’s boondoggled web of regulation known affectionately as “Obamacare.” …

The Washington Post, however, decided to give Julia’s story 2 Pinocchio’s (indicating it was “misleading”) because in the end she might not end up with any greater amount of financial hardship….

Of course, what the Washington Post (and Michigan Democrats) seem to be missing is that Julia was lied to by advocates of Obamacare. She doesn’t like her new insurance. (And who would? It has unpredictable monthly costs, as opposed to her old plan that was set at an affordable – and comprehensive – monthly amount.) She liked her old plan. But, because some Democrats in DC decided that this new plan would be better for Julia, that’s what she’s stuck with.