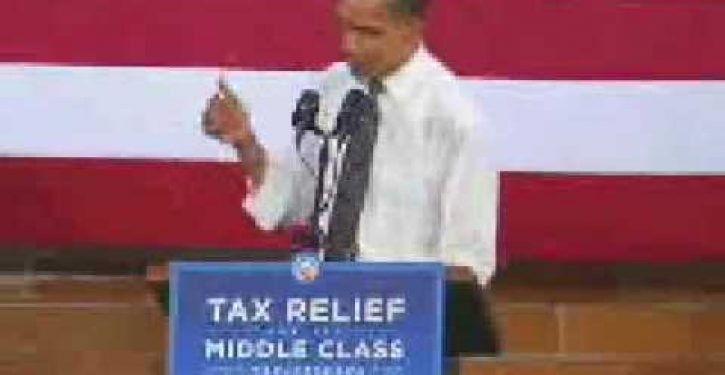 Both as a candidate and as president, Barack Obama has made at least 80 promises related to health care. For purposes of grading, I have focused on the 8 most consequential.

Promise #1: Universal Coverage. Candidate Obama promised on June 23, 2007: “I will sign a universal health care bill into law by the end of my first term as president that will cover every American.” The latest CBO projections last May show that as of the end of 2013, Obamacare will have reduced the number of nonelderly uninsured by less than 4 percent. This figure excludes 11 million unauthorized immigrants (51 percent of whom are uninsured). Even when Obamacare is fully implemented in 2017, it will cover only 92 percent of the nonelderly population who are not unauthorized immigrants (nearly everyone age 65 and above is already covered by Medicare), and 84.7 percent of that group already had coverage in March 2009, a full year before Obamacare was signed into law. Even if we concede that other countries relying on an individual mandate have failed to drive their uninsured rates below 1 percent (Switzerland) or 1.5 percent (Netherlands), Obamacare will close only 53 percent of the gap that existed when President Obama was sworn into office. Grade: F.

Promise #2: No New Taxes on the Middle Class. Candidate Obama promised on September 12, 2008: “I can make a firm pledge under my plan, no family making less than $250,000 a year will see any form of tax increase. Not your income tax, not your payroll tax, not your capital gains taxes, not any of your taxes.” Using official estimates from the Congressional Budget Office and the Joint Committee on Taxation, the House Ways and Means Committee projects that Obamacare will increase federal revenues by $1.058 trillion between 2013 and 2022.

FL bill would give schoolchildren right to bear make-believe arms
Next Post
How much is Obamacare PR blitz costing you?