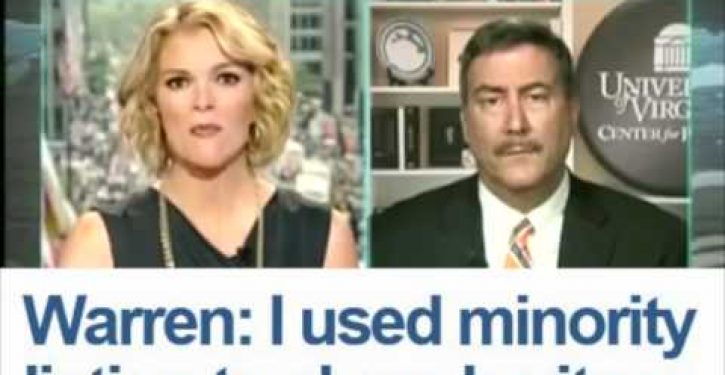 Ever since the story broke that Wendy Davis — to be charitable to her — had embellished her personal narrative, many commenters and people on Twitter with whom I interact have suggested Elizabeth Warren as an analogy.

As readers know, I have been a harsh critic of Elizabeth Warren for claiming Native American and Cherokee status for employment purposes without basis as she climbed the ladder to Harvard Law School, and then dumping that status as soon as she got tenure.

But not all false narratives are created equally.

Elizabeth Warren’s false narrative was done quietly, and in a manner designed to juice her employment prospects with few people, outside of those responsible for diversity hiring, knowing about it. Warren was not Native American, and the myth that she was 1/32 Cherokee was created by faulty speculation during her campaign, not when she was growing up. At most, some Native American ancestry was a mere family rumor, the term her adult nephew used when searching the family’s genealogy.

Warren never lived as a Cherokee, never associated with Cherokees, and never publicly touted herself as Cherokee.