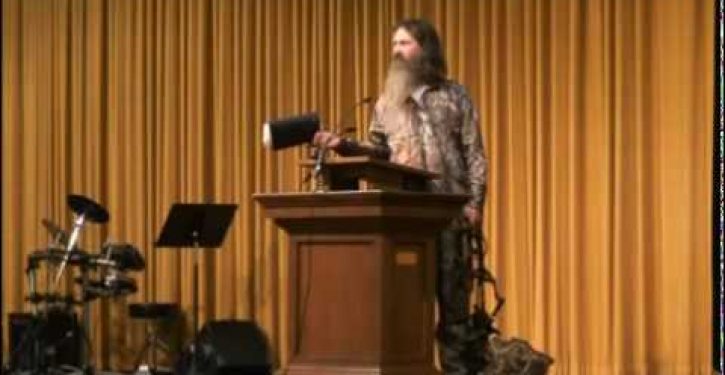 It was only a matter of time before the left complained about Phil Robertson. His actual quotes in GQ are almost insignificant – at some point, someone was going to go after him for his views on guns, women, and even his much-hated “yuppie” comments.

The surprise should be how liberals dismissed the rise of Duck Dynasty until this fall, when it was too late to stem the show’s popularity. Once it became evident that this family held so much influence, the left suddenly realized they faced the first threat to their decades-long monopoly on popular culture.

Anyone familiar with the show knows Phil Robertson, the philosophical patriarch of the Monroe, La. family, always says exactly what he thinks. Due to the popularity of their Duck Commander duck-call whistles and his football prowess while a student at LA Tech, Robertson regularly speaks at hunting and fishing events, and videos of his on Creationism, American Exceptionalism and abortion are available on YouTube.