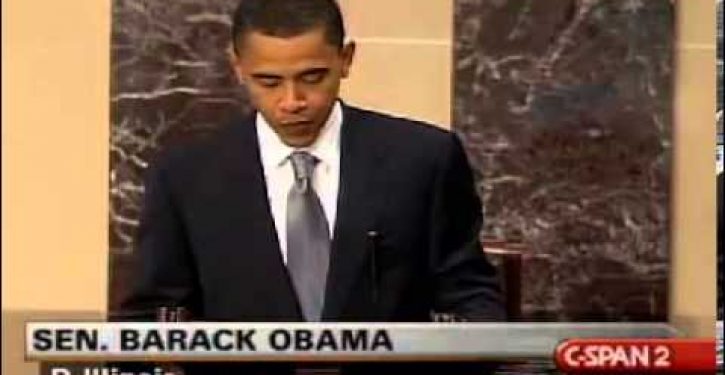 This was a mistake, and it’s amazing how Democrats have forgotten the arguments they employed when Republicans wrongly considered and rightly rejected such a move under President George W. Bush.

In 2005 then Senator Barack Obama called for his colleagues considering the nuclear option to consider “free and democratic debate.” : “Mr. President, I rise today to urge my colleagues to think about the implications of what has been called the nuclear option and what effect that might have on this Chamber and on this country. I urge all of us to think not just about winning every debate but about protecting free and democratic debate.” (Sen. Barack Obama (D-IL), Floor Remarks, Washington, DC, 4/13/05)

Previous Post
Paganism makes a comeback under the guise of Obamacare
Next Post
Movember is ‘divisive, gender normative, and racist’