President Obama today addressed concerns over people being dropped from their health care insurance plans since the implementation of Obamacare. Certain people who had purchased individual insurance plans, in recent weeks, are finding out that such plans do not comply with the new law. And some of these people will have to pay more for upgraded plans.

Critics of the administration, and fact checkers at publications such as The Washington Post, are saying this is a direct contradiction of the president’s campaign promise that “if you like your plan, you can keep it” under Obamacare.

Addressing these concerns, the president said these dropped customers should use the new insurance marketplace to buy better plans. This, meanwhile, was after an admission that such marketplaces barely work. The president said that anyone “peddling the notion” that insurers are summarily dropping people is being disingenuous, because the companies will offer plans in their place. “If you leave that stuff out, you’re being grossly misled.”

Here’s what the president said (emphasis ours): 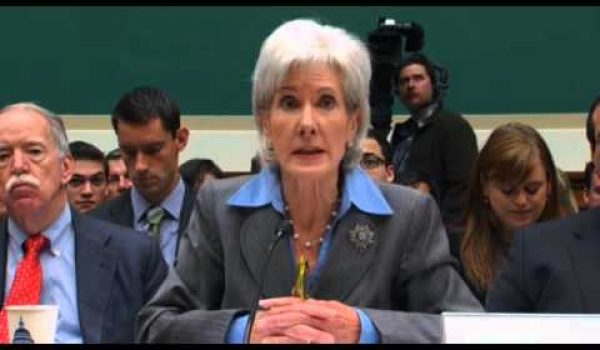 Top 10 moments from Kathleen Sebelius’s testimony on Obamacare
Next Post
Michelle Obama dreams of kids begging for fruits, veggies instead of cookies, candy